Court orders Vida to pay RM4.68mil in unpaid taxes before May 21

This was recorded in an out-of-court settlement by Judicial Commissioner Anselm Charles Fernandis on Monday (April 9) after Inland Revenue Board (IRB) lawyer Nor Hidayah Mohd Anas filed its demands in chambers.

Hasmiza was not present in court and was represented by her counsel Zailan Mohamed.

When met by reporters, Zailan said discussions would be held with the IRB to restructure the payments and his client would settle the amount within the stipulated period.

Nor Hidayah said discussions were held between IRB and Hasmiza, but she had failed to comply with the terms of payment, prompting IRB to take the case to court.

She said the case would proceed on May 21 if Hasmiza failed to make the payment. – Bernama 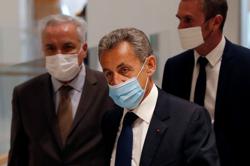