“Female chefs need to be tough and never get broken down by negative comments.

“You need to show your capabilities through action,” said Liew, who is believed to be the first Malaysian woman to join the ranks of the world’s top chefs.

The Ipoh lass, who is better known as Kwen Liew, co-owns Pertinence Restaurant in Paris, France, with her Japanese companion Ryunosuke Naito.

They were recently awarded a Michelin star in the 2018 Michelin Guide France.

Competing in a male-dominated industry, she is one of only two female chefs from a pool of 57 restaurants to earn a star in this year's guide.

The Michelin Guide, on its website, described Liew and Naito’s achievement as a “beautiful story of two Asian chefs getting their first Michelin star”.

“It was a surprise win. We were shocked and went blank for a few minutes when we heard that we had won. It had been a few tough years and naturally, tears flowed,” Liew told The Star from Paris.

She admitted that it is more difficult for woman in the culinary world to receive the same recognition and respect as male chefs, but said the industry is becoming more accepting of female chefs.

Liew added that people often assumed she was a pastry chef because of her gender.

“It is an ancient thinking,” she said of the notion that women chefs are lesser than men.

Pertinence opened its doors in March 2017 and won the hearts of critics with its food and service.

Liew has trained in some of the top restaurants in Australia, Thai­land, France and Singapore.

She returned to France three years ago to build her career before teaming up with Naito to realise their dream of starting their own restaurant.

“I am very proud of this achievement. A Michelin star is a dream for every chef,” she said.

For now, Liew does not plan to open a restaurant in Malaysia, as her focus remains on Pertinence. 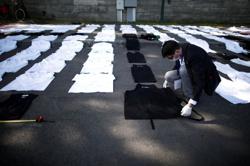 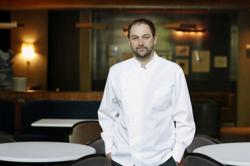