PETALING JAYA: A man spent RM1,300 on a mystery gift vending machine hoping to get his hands on the latest smart gadgets but he ended up with only two lunch boxes and a hairdryer as the “main prizes”.

And the response from the company behind the vending machines?

It was simply not his day.

Graphic designer Mitchell Law first opened 40 boxes with all kinds of small stuff ending up with a hairdryer as his biggest win. Then he tried another 90 boxes and had to be content with two lunch boxes as his best prizes. 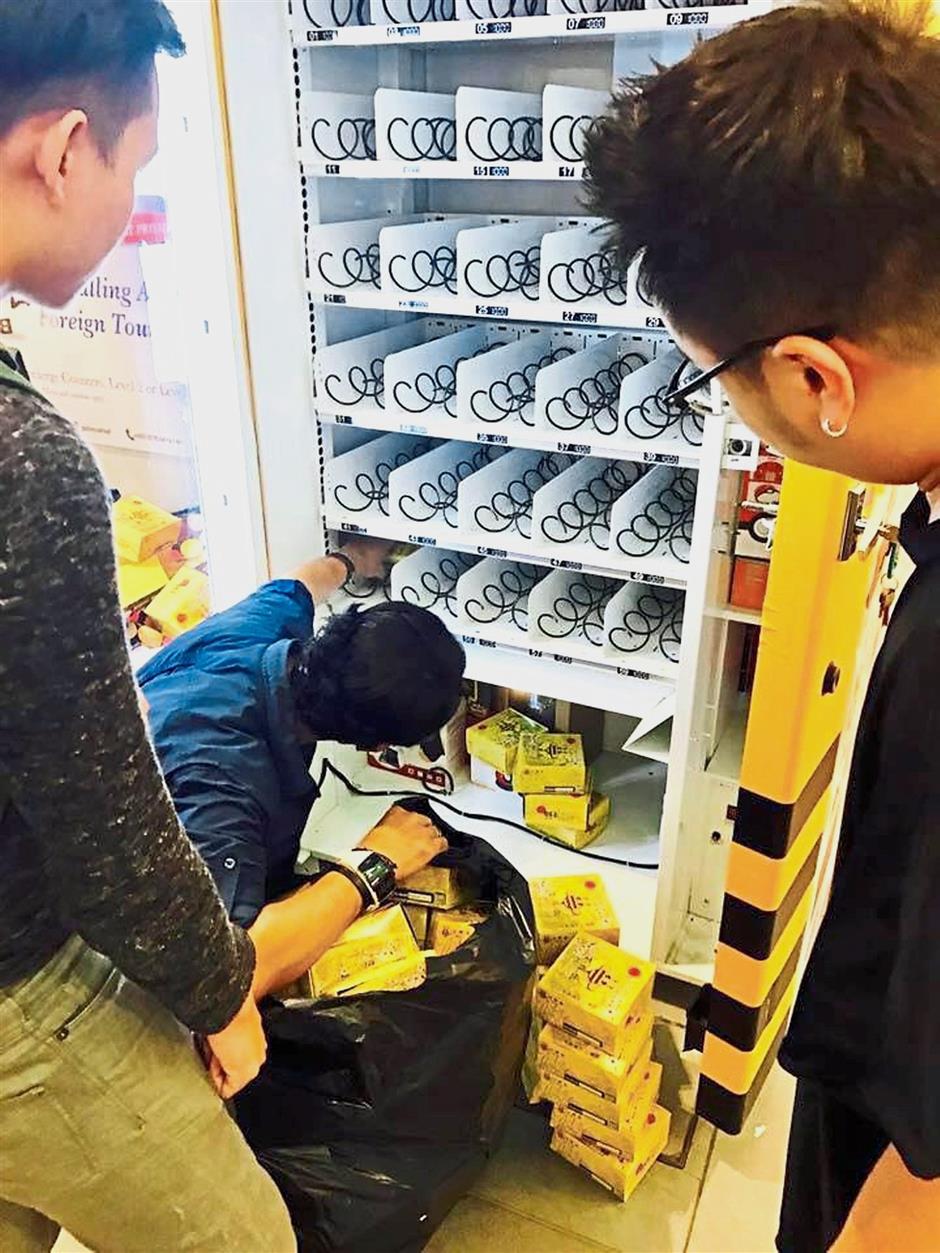 Ready for the next round: Law (right) with a friend watching a worker restocking the boxes in the vending machine at KLIA2.

“Every box had a prize. I got a lot of other small prizes like plastic brick toys, playing cards, phone rings and selfie sticks which I’ve given to my friends.

“I’m not even angry or mad because I’m just trying it for fun. I don’t think my luck is that bad but I just find it really funny,” said the 31-year-old who is based in Cambodia.

He had tried his luck with the machine by a company known as Bee Bae at the KLIA2.

Law also said that he did not clear the entire machine as highlighted by other online portals and newspapers.

At its maximum capacity, there are 150 mystery boxes in the vending machine.

Users will first insert RM10 into the machine and select a box of their choice where they would find a card stating the prize that they won. They would then have to contact the number stated on the box to collect the prizes or opt to have them delivered.

Asked if he would do it again, Law laughed and said yes and that he would also have a Facebook live session when he opens the boxes.

Law’s posting on Facebook about his unlucky experience has since gone viral with more than 12,000 shares and more than 5,000 comments.

When contacted, Bee Bae managing director Aki Lim said the company has since checked with its staff at KLIA2 and confirmed that Law had opened the boxes in two batches but did not clear the entire machine.

“There are prizes in every box, from small prizes such as USB charging cables right up to better prizes such as the Sony PlayStation 4. We also update our Facebook page regularly with photographs of big prize winners,” he said.

Lim added that Bee Bae currently has nine such vending machines in the Klang Valley and Penang since it began operations in October last year.

He stressed that the vending machine is only a form of entertainment and not gambling machines.

Among the big prizes offered by Bee Bae are the flagship smartphones by Apple, Samsung and Oppo, gaming consoles and electrical appliances.

The concept of mystery box vending machines is a hit in Japan and Taiwan and is now gaining popularity in Malaysia.

It is learnt that the drop rate for a good prize is around 5%. 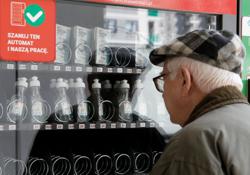 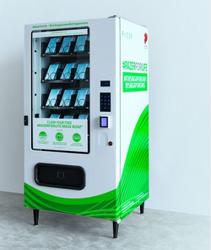 Razer to roll out mask vending machines in Singapore 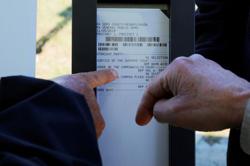