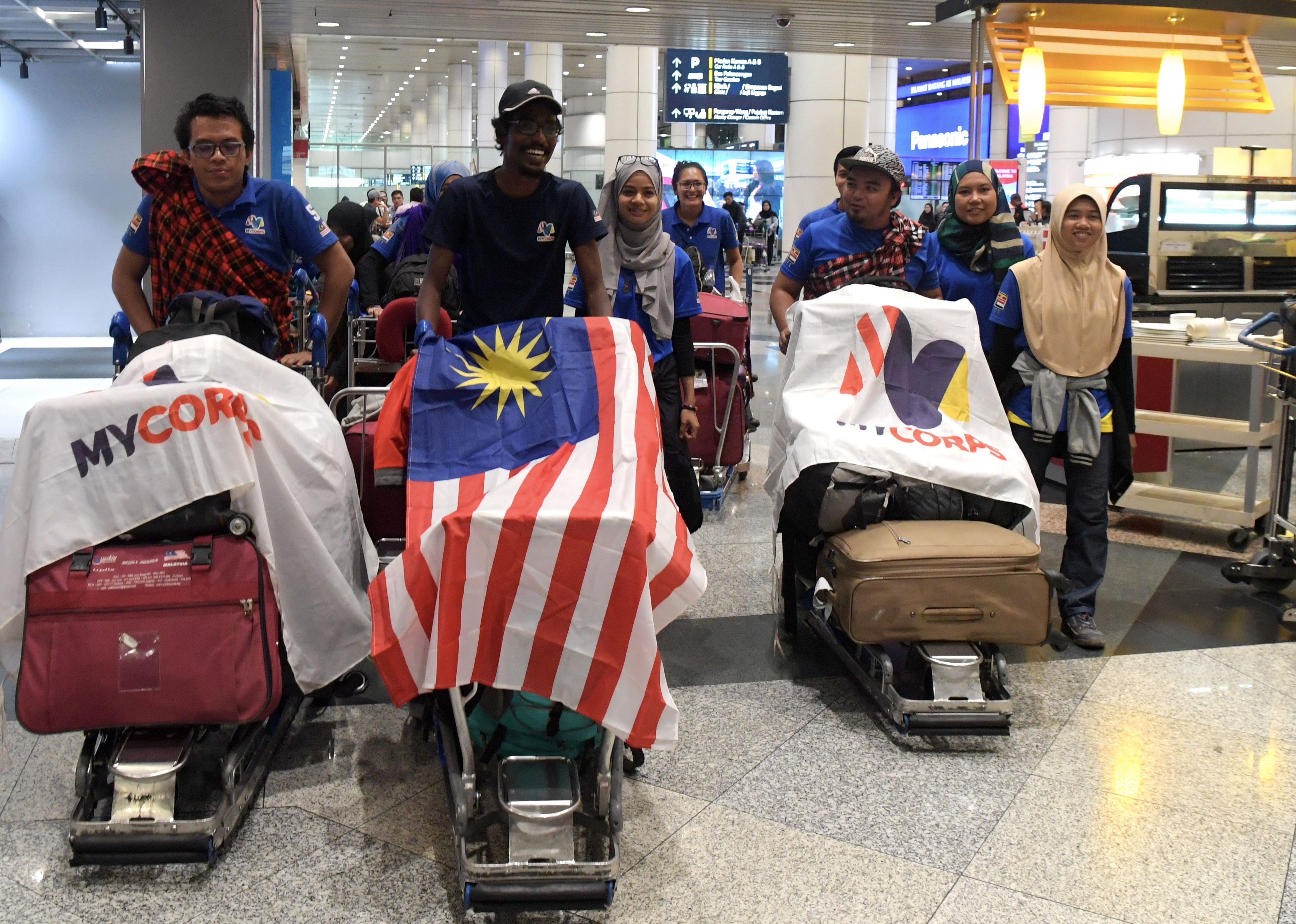 MyCorp volunteers back after two-month stint in Uganda

This is the fifth humanitarian mission initiated by the Youth and Sports Ministry to provide assistance in education, water sanitation and infrastructure development to local communities.

One of the volunteers, Syed Salleh Syed Sulaiman, 26, said his team of five volunteers succeeded in obtaining the permission to set up a one-stop centre in Mbale to gather agricultural products to be marketed elsewhere.

“The centre also serves as a cooperative that will generate income for the farmers who depend on agricultural produce for their livelihood,” said Syed Salleh, who is also an agricultural consultant.

He said the volunteers also helped to raise awareness on HIV prevention to the village communities. — Bernama

GEORGE TOWN: A motorcyclist and his pillion rider died following a crash with a car at the intersection of Tun Dr Lim Chong Eu Expressway and Sungai Pinang Road here.

The incident occurred when the car, which was heading towards George Town, rammed into the motorcycle, which was travelling from Karpal Singh Drive towards Sungai Pinang Road, at about 12.30am yesterday. The car dragged the motorcycle for some 30m.

George Town OCPD Asst Comm Anuar Omar said the pillion rider, Nuril Anwar, 49, an Indonesian national, died on the spot from severe head injuries while the motorcyclist, Sutiono Nuryasin, 51, also an Indonesian, succumbed to injuries on the way to the hospital.

“The car driver sustained minor injuries and is being treated at a private hospital,” he said. 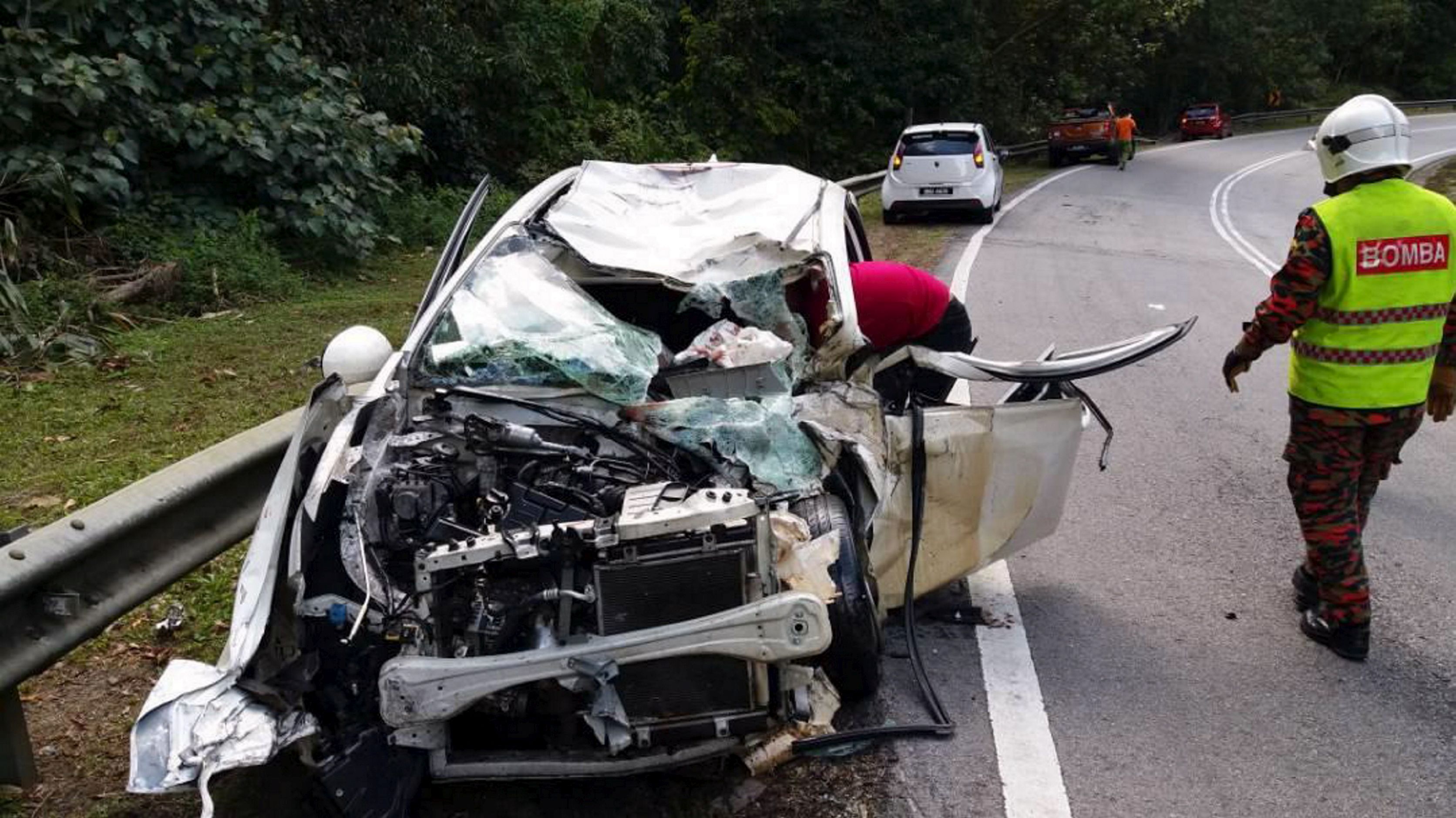 GERIK: Three people were killed and one seriously injured in a three-vehicle accident at the 24.2km mark of the Gerik-Jeli East-West Highway on Friday.

Gerik district police chief Supt Ismail Che Isa said initial investigation found that the car grazed a high-powered motorcycle from the opposite direction as it was navigating a bend on a slope.

“Another high-powered motorcycle that was trailing behind the first motorcycle was trying to avoid the collision but skidded and crashed. The car spun around and crashed into a metal barrier on the left.

“The first motorcycle lost control, skidded and landed in the drain,” he said.

Car driver Ahmad Shadrul Amin Mohd Sauki, 22, from Besut, Terengganu, and one of the motorcycle riders, yet to be identified, died at the scene. The other rider, Mohd Rosli Hussin from Machang, Kelantan, died about three hours later while receiving treatment at the Gerik Hospital.

The car passenger, Muhamad Aziman Mahamood, from Machang, Kelantan, was sent to the Taiping Hospital. — Bernama 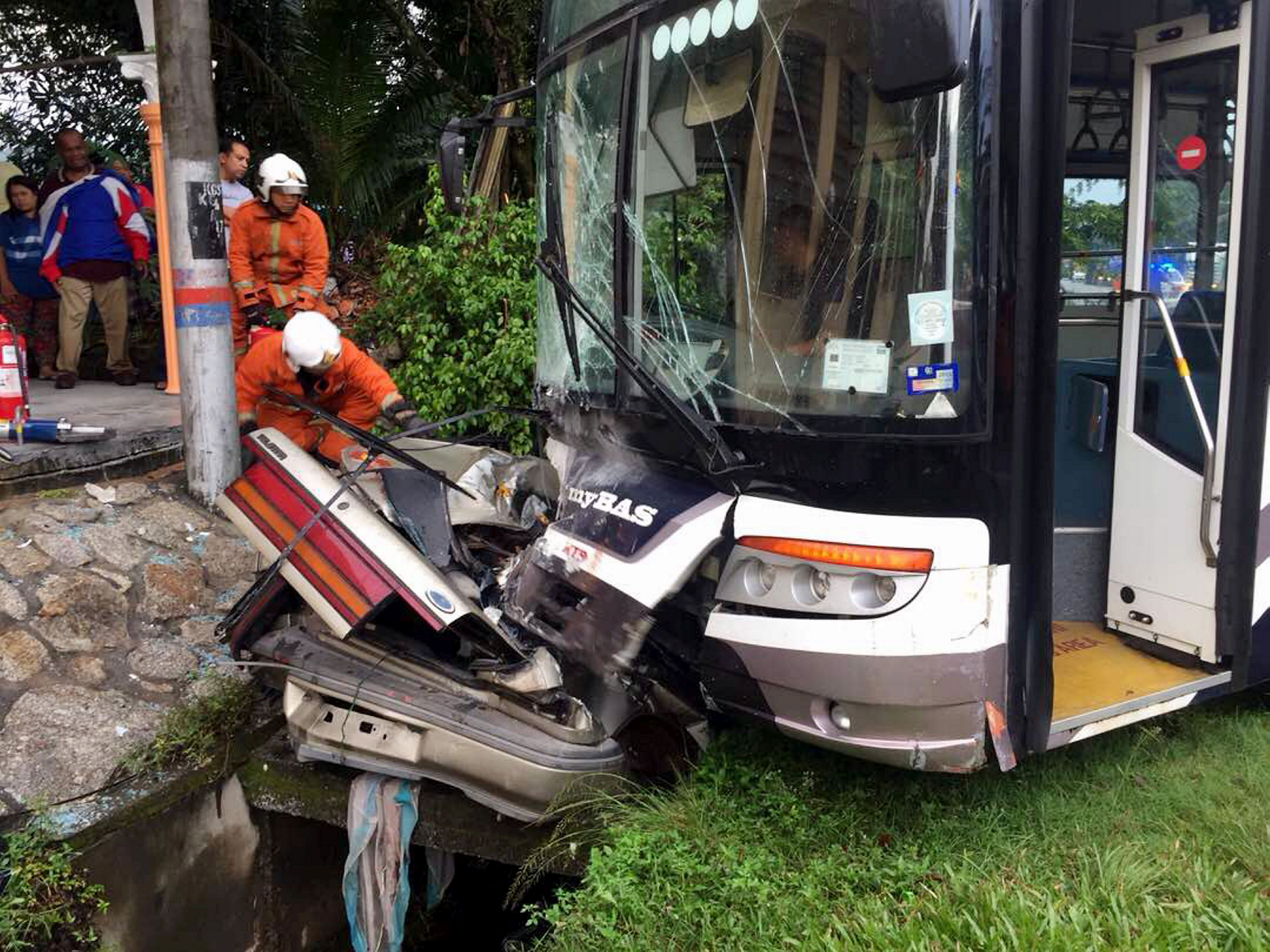 SEREMBAN: Two people were killed and one seriously injured in an accident involving a car and a bus in Jempol yesterday morning.

Bandar Sri Jempol Fire and Rescue Station operations officer Mohd Fahmi Abdullah said the accident occurred when the bus, with no passenger on board, swerved onto the opposite lane before colliding with an oncoming car with three men on board.

The driver and one of the passengers, both in their 30s, died on the spot in the 7.15am incident in Jalan Serting Hulu.

“A team of 19 firemen rushed to the scene and took 45 minutes to remove the victims from the badly mangled car. 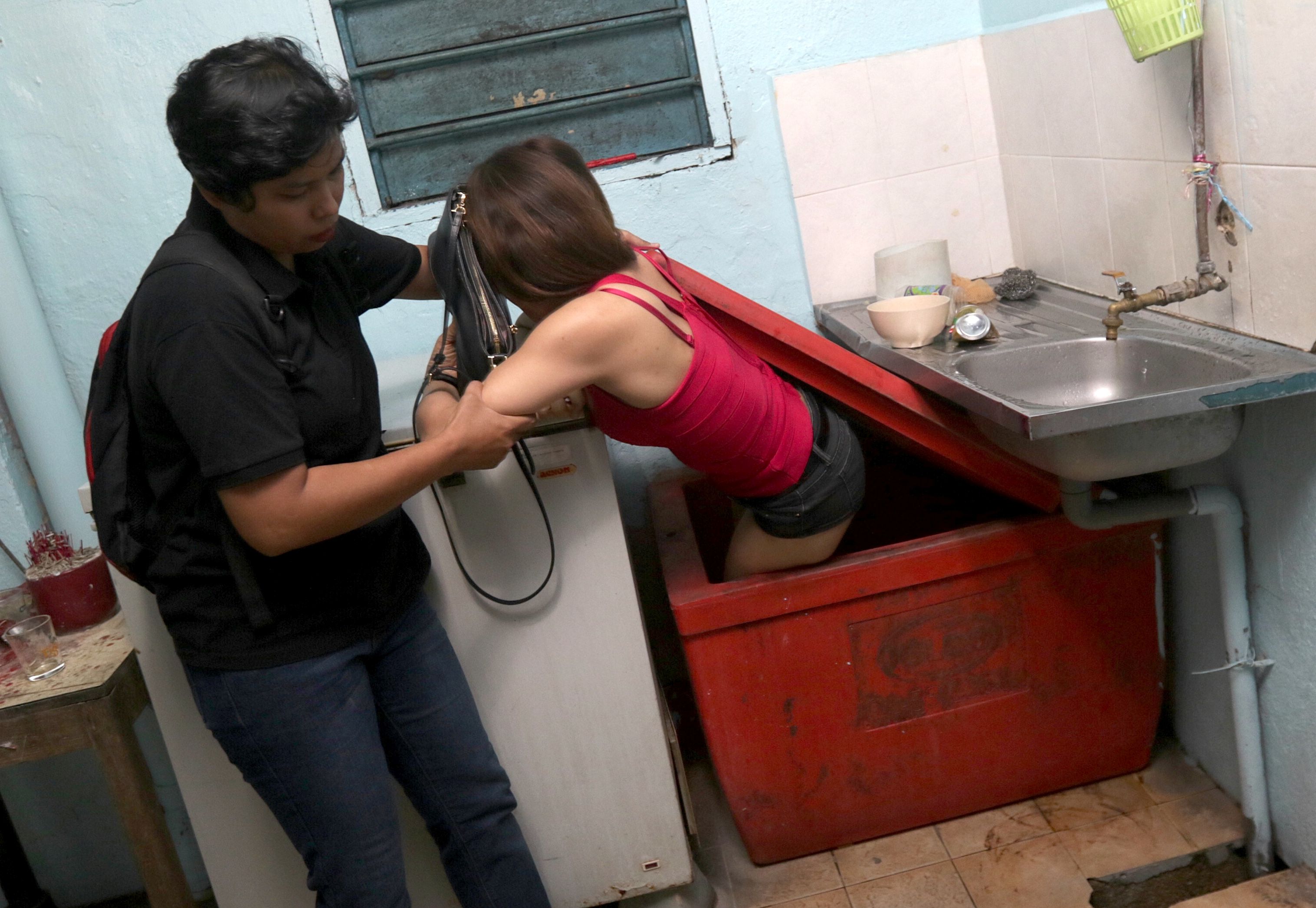 Not a cool idea to hide from cops

As police stormed the outlet, the petite woman ran to the back kitchen, managed to fit into an orange ice box and closed the lid over herself.

But there was no escaping the police, who rounded up 21 women in the Friday night raid.
The 14 Vietnamese and seven Chinese nationals aged between 19 and 30, were believed to be working as guest relations officers and violated their social visit passes.

The operation, code named Ops Noda, was carried out after the police received a tip-off from the public on vice activities at the entertainment outlet and after watching the outlet for a week.