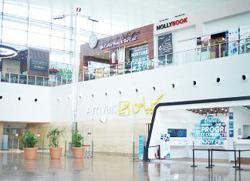 In a class of his own: Bernard presenting one of his designs to Kate at Buckingham Palace.

PETALING JAYA: Malaysia’s fas­hion king Datuk Seri Bernard Chandran, whose exquisite designs are appreciated by an international clientele including Brunei royalty, can now count British royalty among those fascinated with his work.

The royal is none other than Kate, the Duchess of Cambridge, who is admired as a fashion icon.

On Monday, the couturier presented his creations to the 36-year-old wife of Prince William at Buckingham Palace in London, alongside other renowned desig­ners, including Stella McCartney (representing the United Kingdom), at the Commonwealth Fashion Exchange (CFE) reception.

Bernard was the sole Malaysian representative.

The 50-year-old posted snaps of him talking to Kate on Instagram, expressing his excitement and captioning the photos: “She wants to know more” – in all caps.

His creations comprised a bustier dress and floor-length overcoat made from songket.

In an interview with the digital lifestyle platform Buro 24/7 Malaysia prior to the event, Bernard said he was excited to showcase a design that incorporates elements of tradition and cultures of Malaysia in a new light.

“I have explored with textures and materials that included the songket – a traditional Malaysian brocade textile that is usually hand-woven, and intricately patterned with gold or silver threads, favoured mostly by the royalty,” he said.

He added that he hopes to inspire young people to embrace and be proud of their culture.

“Traditions that may be deemed mundane and dull to some can be given a ‘nouveau’ sense of modernity and individuality that is of international standards,” said Bernard.

The CFE is a project that aims to celebrate both established and emerging design and arti­san fashion talents across 53 countries.

From Buckingham Palace, the designs for the CFE will move to other locations around London for public viewing, culminating with the Commonwealth Heads of Government Summit in April.