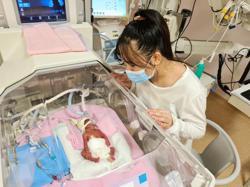 KUALA LUMPUR: While home births in Malaysia is still a fringe practice, about five in 1,000 women deliver their babies outside the hospital.

This could be due to some women not making it to the hospital in time, but there are also those who had it planned – with only birth companions, or doula, at their side.

These women are putting both themselves and their babies at risk as the doula (servant woman in Greek) is not a midwife and is neither medically nor professionally trained for childbirths.

“A safe birth means birth with the presence of a midwife or a doctor,” said Prof Dr Imelda Balchin of the Department of Obstetrics and Gynaecology at University Malaya Medical Centre.

To have home births in Malaysia would require enough midwives to go into the community and good transportation to take labouring women via ambulance in an emergency, she said.

Her comment came following the recent death of a baby delivered via home birth at a house in Johor Baru.

Over the years, there had been a few reported cases of mothers dying of complications due to unattended home births.

While doctors valued the services provided by the doula, there was a need for wider public awareness on their true purposes, said Prof Imelda.

“The doula’s purpose is to make the prenatal and postnatal process more comfortable for mothers. During active delivery, their role is on the side to offer physical and emotional support.

“They cannot take on the roles of doctors and midwives,” said Prof Imelda.

A doula is different from a midwife. The latter is a registered nurse, licenced in midwifery and trained in all aspects of childbirth.

Midwifery training takes one year and they need to conduct 40 supervised deliveries.

A qualified midwife would have a minimum four years of total experience.

A doula requires no medical knowledge and is unqualified to give medical advice such as drawing up birth plans for mothers.

“In Britain, planned home births are only for low-risk pregnancies and certain criteria must first be met.

“Even in Britain, out of 100 home births, 40% would end up with the mother or the baby being transferred to the hospital because something has gone wrong.”

According to the World Health Organisation, the risk of maternal death is five times higher when a woman gives birth without the supervision of a qualified midwife or doctor, compared to with supervision.

“While in the United States, even in the presence of a qualified midwife, a home birth is associated with three times higher incidence of death in babies when compared to births in hospitals,” said Prof Imelda. 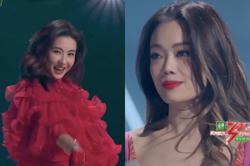