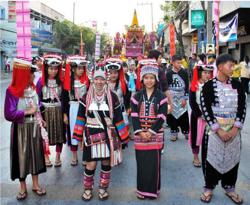 PETALING JAYA: Social activists propagating the #UndiRosak (spoilt votes) campaign are being attacked in cyberspace by those who disagree with the controversial campaign.

"Whore", "slut" and "toilet paper" are just some of the sexist remarks disgruntled netizens on Facebook are hurling at activist Maryam Lee (pic) after she and several others spoke at a forum on the #UndiRosak campaign on Jan 25.

After the forum, a Pakatan Harapan supporter posted on Facebook and alleged that Maryam had been hired to promote the #UndiRosak campaign as a ploy to help Barisan Nasional win in the coming general elections.

His post started a flood of attacks on Maryam from angry Opposition supporters, with some even superimposing images of her face on lewd photos.

Shocked and upset, Maryam posted a video of the abusive comments on Tuesday (Jan 30) saying that it was "heartbreaking" to become a victim of cyber-bullying over a political disagreement.

Speaking to The Star, Maryam said some had even sent her abusive private messages and she now fears for her safety.

She lamented that the attacks were personal in nature instead of opposing the campaign, and that women – already under-represented in the public sphere – were attacked for being vocal.

"Society is not used to women being vocal. When vocal women pop up, they become easy targets," said Maryam.

The 26-year-old said while other #UndiRosak activists were also being attacked, she was bearing the brunt of it because she is female, young and single.

Denying allegations that she was working for Barisan, Maryam asserted that #UndiRosak was not part of any ploy.

She said many #UndiRosak campaigners, including herself, were Opposition supporters and had for years volunteered and participated in rallies like Bersih and others.

However, they feel that Pakatan had abandoned the principles it once stood for.

"To say #UndiRosak supporters – especially the young ones – are politically ignorant, is untrue.

"We have been involved with the Opposition coalition's campaigns and we have seen how it has changed," she said.

Maryam opined that the abuse is happening because Opposition supporters are using #UndiRosak as a reason for Pakatan's dwindling support.

"#UndiRosak is being used as a scapegoat in case Pakatan loses in GE14.

"There are bigger reasons why and Undi Rosak is not the reason," she added.

Maryam said Pakatan Harapan leaders have kept silent – not only over the cyberattacks, but also over issues raised by the Undi Rosak campaign.

"I am taking a step back for now but I am not withdrawing from the public space completely," she said.

Maryam has yet to lodge a police report over the matter. 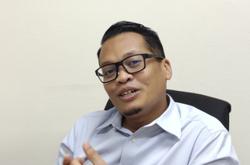