In a simple ceremony yesterday, temple chairman Datuk R. Subramaniam together with the chief priest were hoisted by a crane to do some prayers in front of the structure.

Subramaniam said the arch was completed last year, but the painting works could not be done on time. 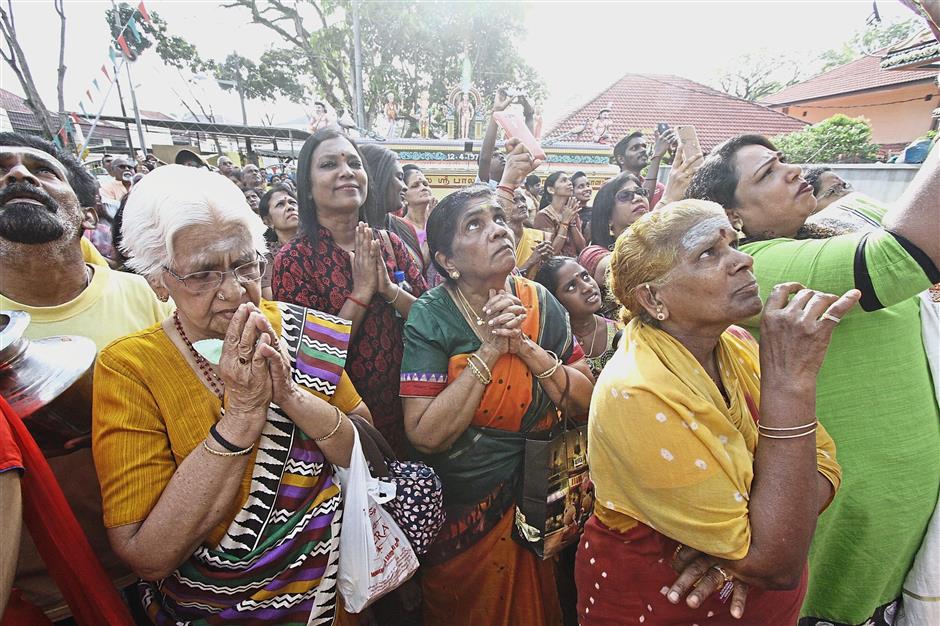 Devotees offering prayers during the ceremony.

“This year, the artisans took about three months to finish it and the arch is set to be another new attraction here,” he said.

He added that the top part of the old arch, which was erected in 1973, was placed at the side of the new entrance.