In the dock: Prem Anand (middle) and his lawyer Gnasegaran Egamparam arriving at the magistrate’s court in George Town.

GEORGE TOWN: A freelance salesman told a magistrate’s court here that a 21-year-old college student, who was allegedly molested by a former councillor, broke into tears over the phone when he contacted her.

Cheah Yueh Hong, 28, said he received a WhatsApp message from the victim, who is also his college friend, at around 11.30pm on July 6 last year.

“I then contacted the victim and she immediately cried for about three to five minutes. She asked to meet face-to-face so that she could tell me what had happened.

“I was near her workplace when I contacted her. When I arrived, I waited for her outside a washroom for around 10 minutes. The victim then exited the washroom with a female staff,” he said.

Cheah was testifying at the trial of former councillor L. Prem Anand, who was charged on July 18 last year with using criminal force to outrage the modesty of a 21-year-old college student outside an entertainment outlet in Lebuh Pantai here.

The 50-year-old had claimed trial to the offence under Section 354 of the Penal Code.

It was reported that the college student alleged in her police report that a man grabbed her private parts and asked her for oral sex, and when she refused, he asked her to use her hands instead.

She also claimed that she was offered between RM500 and RM700 to spend a night with the man but she declined.

Cheah said the victim told him what had happened in the car on the way to the Beach Street police station to make a report.

“The victim told me that a man by the name of Prem Anand touched her while she was working and asked her to accompany him to the carpark when he wanted to leave. The victim followed Prem Anand and once at the car park, Prem groped the victim and placed his hands on her chest.

“She also said he masturbated and asked her for oral sex.”

He said he noticed white stains on the victim’s black clothes.

During cross-examination by lawyer E. Gnasegaran, who represented Prem Anand, Cheah agreed with the lawyer that what was conveyed by the victim to him (Cheah) may not be true.

Cheah also replied “yes” when Gnasegaran put it to him (Cheah) that he did not know why she was crying at the time he called her. 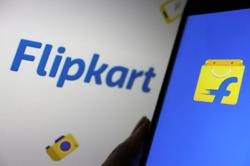