Ruler with a heart of gold

Tuanku Muhriz ﻿and his consort Tunku Ampuan Besar Negeri Sembilan Tuanku Aishah Rohani admiring a painting by Zulaiha Zulkapli who is deaf, in 2014. The royal couple later bought the painting and commended Zulaiha for her creativity and skill. — UU BAN/The Star

EVER since his installation as the 11th Yang di-Pertuan Besar of Negri Sembilan, Tuanku Muhriz Tuanku Munawir has always been passionate about causes that benefit the rakyat.

Equipped with a hard-working ethos forged while employed in the corporate sector, the silver-haired Ruler who celebrates his 70th birthday today, is used to rolling up his sleeves and serving the community.

During his career, which spanned the fields of banking, finance and advertising, Tuanku Muhriz was a member of various service organisations, including the Rotary Club, and championed causes such as education, healthcare and social welfare.

Since he ascended the throne as the Yang di-Pertuan Besar of Negri Sembilan on Oct 26, 2009, Tuanku Muhriz has been immersed in initiatives to improve the lives of the less privileged.

He is well respected for his dedication to charitable work, and in his role as state Ruler, Tuanku Muhriz is focused on serving the rakyat. The Ruler also lends his support to many organisations in the capacity of patron. As the Royal Patron of the Rotary Club of Seremban, Tuanku Muhriz is the embodiment of the organisation’s motto – Service Above Self.

The grandson of the country’s first king, Tuanku Abdul Rahman, Tuanku Muhriz was born in Seri Menanti on this day in 1948 to Tuanku Munawir and Tuanku Durah Tunku Besar Burhanuddin.

Tuanku Muhriz went on to pursue his education in the United Kingdom, and completed his O- and A-Levels at Aldenham School in England, after which he read law at the University of Wales, Aberystwyth, graduating in 1970.

The young Tuanku Muhriz entered the workforce on his return to Malaysia, armed with a degree from a prestigious university whose alumni include Prince Charles.

Starting with employment at a bank in Kuala Lumpur, Tuanku Muhriz steadily built a successful career. With a wealth of experience gleaned from decades in the corporate sector, he has a keen understanding of economic and current issues.

Keeping an ear close to the ground, the Ruler stays updated with the concerns of his subjects through interactions with the rakyat during festive occasions, and at official engagements organised by both government and non-governmental organisations.

These events allow the Ruler to understand first-hand the concerns and issues faced by people from different walks of life.

In his decree on his 69th birthday celebration last year, Tuanku Muhriz stressed that tolerance, sincerity, and the fostering of good relationships unrestricted by race or religion, were among the keys to unity.

A just and fair Ruler, Tuanku Muhriz constantly urges his subjects to hear both sides of a story before pronouncing judgments, especially when their stand could potentially influence and impact the country’s future.

The Ruler is often vocal when it comes to defending the principles of justice, and believes that education and awareness play an important role in discerning right from wrong. Tuanku Muhriz presenting a Royal Lecture on ‘UKM, university for the world’ in conjunction with Universiti Kebangsaan Malaysia’s 40th anniversary in 2011.

Appointed Chancellor of Universiti Kebangsaan Malaysia in 2009, Tuanku Muhriz invests a great deal of time and effort in initiatives that help improve education in the state and country.

Always striving to ensure that the needs of all the communities are met, Tuanku Muhriz works tirelessly behind-the-scenes to affect change.

In 2016, his work to advance healthcare was recognised by the Royal College of Surgeons of Edinburgh, which bestowed him an Honorary Fellowship.

The award, the institution’s highest, was in recognition of his support to the advancement of surgery, as well as the funding of healthcare projects in aid of impoverished communities in Malaysia.

With this award, Tuanku Muhriz joins the ranks of notable recipients who include former United Nations secretary-general Kofi Annan.

Providing opportunities for the less privileged, be it access to good healthcare or better education has always been at the top of Tuanku Muhriz’s list.

As a member of the Board of Trustees of the Tinggi Foundation, which provides scholarships to deserving Malaysians, Tuanku Muhriz plays an active role in expanding the educational opportunities available to young Malaysians, providing gifted students the chance to pursue their dreams.

In 2011, Tuanku Muhriz founded the Munarah Foundation in honour of his parents. The foundation’s main objective is to provide assistance to the less fortunate. Besides disbursing financial aid to students who excel academically, the foundation also extends assistance to special needs people, as well as those dedicated to making positive change in the fields of arts and culture, the environment, and service to the community.

A principled Ruler, Tuanku Muhriz’s exemplary stewardship of the state has garnered nothing but praise. The Ruler is a firm advocate of discourse in problem-solving and regularly cautions community leaders to cast aside sentiments that could threaten national harmony.

As the state’s religious head, Tuanku Muhriz often advises fellow Muslims to follow the true teachings of Islam and practise their beliefs in harmony while respecting those who observed different faiths. 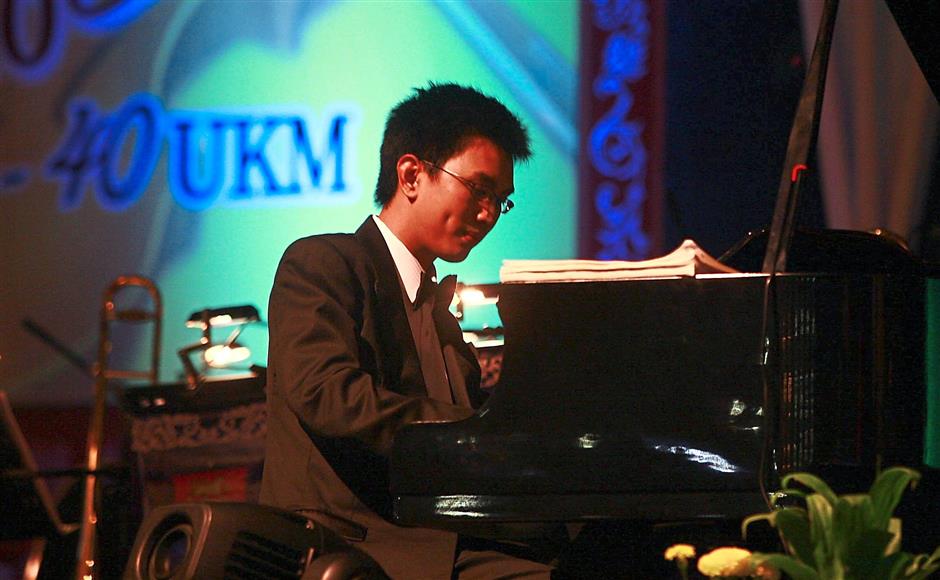 During official engagements, Tuanku Muhriz often has his family – who share his passion for positive change – by his side. His gentle personality is complemented by the compassionate and caring nature of his consort, Tuanku Aishah Rohani Tengku Besar Mahmud.

Tunku Ali Redhauddin, who was born on April 26, 1977, is currently the Tunku Besar Seri Menanti, a title he was bestowed on Feb 22, 2009. In 2013, the prince was appointed Young Global Leader by the World Economic Forum. Now a director on the board of several companies, Tunku Ali Redhauddin has followed in the footsteps of his father’s visionary leadership and charitable pursuits.

The dashing prince is also chairperson of the board of trustees for Teach for Malaysia.

He is the founding president of the Institute for Democracy and Economic Affairs, a trustee of several foundations including Yayasan Munarah, as well as an adviser and patron to numerous educational and cultural organisations.

The youngest of the couple’s three sons, Tunku Alif Hussein Saifuddin Al-Amin, was born on Sept 3, 1984. During Tunku Alif’s formative years, his parents pursued courses in the therapy and treatment of children with special needs in the United States in order to provide the best care for their son, who was born with special needs.

As hands-on parents, the royal couple developed a programme to nurture their son’s potential and improve his quality of life. Sadly, the young prince breathed his last on Jan 15, 2016.

A devoted family man and conscientious leader who believes in fairness and justice for all, Tuanku Muhriz governs by example, setting the tone for his subjects.

Calm and collected, and always polished, Tuanku Muhriz’s down-to-earth nature and people-first philosophy have endeared him to his subjects. 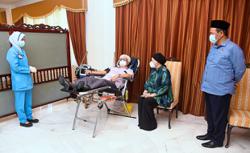 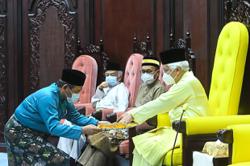 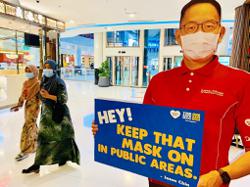