In a statement issued by his office, Ong, 62, will continue to serve as Malaysia China Business Council (MCBC) chairman, a post he took over from Tun Musa Hitam in July 2011.

An MCBC director said Ong had not drawn salary or allowances since being reappointed as the special envoy – a post with ministerial status – for the second term in 2013.

“In spite of this, he continued to enhance the two-way trade and cooperation, which yielded positive results in the form of several iconic projects,” he said here yesterday.

The MCBC director said while Najib had expressed his wish to extend Ong’s term in October last year, he was ready to bow out.

He said Najib respected Ong’s decision but hoped that he would continue to help enhance the bilateral relationship.

“Ong relinquishing his post may come as a surprise to many but he believes that no one is indispensable in carrying out any role,” he said.

During his tenure as special envoy, Ong, the former Housing and Local Government Minister and ex-MCA president, was instrumental in facilitating the setting up of the China-Malaysia Qinzhou Industrial Park and the Malaysia-China Kuantan Industrial Park.

The government-to-government twin parks have been touted as a model of Belt and Road projects.

Ong also played his role in bringing Xiamen University to Malaysia, the first Chinese university allowed to set up an overseas branch.

Other notable contributions were the setting up of the first ever meeting between Najib and China’s Internet godfather Jack Ma, which paved the way for the formation of the Digital Free Trade Zone in Malaysia; arranging for the meeting between the top management of Proton and Geely, and monitoring government-to-government memoranda of understanding.

In 2013, Ong negotiated with Chinese authorities over the country’s ban on the import of bird nests from Malaysia, which was eventually lifted. 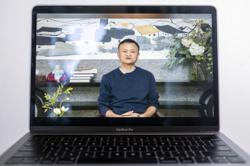 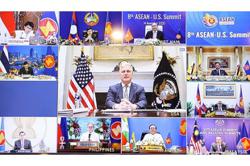