Zahid: Cabinet not told Imams would be outsourced

The Deputy Prime Minister said that the matter of Imams was brought up during Cabinet meetings, but there was no detailed briefing given.

“The Cabinet was informed about a system to register umrah pilgrims, which would also set certain guidelines and methods to protect them.

“It did not involve the appointment of any company to manage the system, or that it would be outsourced,” he told reporters after officiating the 42nd Malaysian Drug Prevention Association (Pemadam) general assembly on Sunday.

The Imams system was meant to be the only avenue for umrah visa applications to the Saudi Arabian Embassy in Malaysia.

The system, which aimed to address instances of umrah package frauds in the country, was cancelled on Saturday (Dec 16) within 24 hours of its launch. 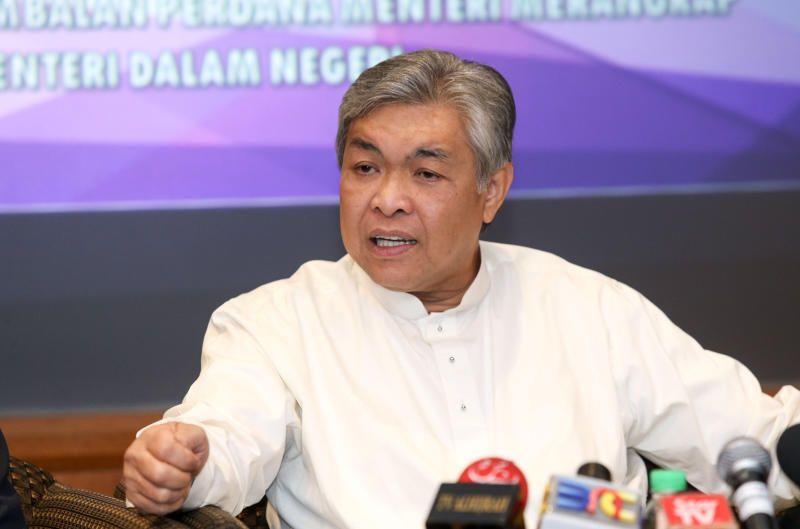 Concerns had been raised over the system previously including the imposition of certain charges perceived to be additional costs for performing the umrah.

Dr Ahmad Zahid said he welcomed the decision to cancel the Imams system as the Government did not want private companies using the system to impose any charges.

“Jakim agreed to leave decisions on this matter to the Tourism and Culture Ministry, and I urge the Ministry to decide on a standard operating procedure and monitoring method of other systems that may be used after the cancellation of Imams,” he said.

Asked if there was any political motive behind the cancellation, Dr Ahmad Zahid said the cancellation was due to protests – not just from travel agents offering umrah packages – but also from several NGOs and religious leaders in Malaysia.

“I do not think there are political elements in this matter, but I do smell something fishy.

“It seems like some parties are trying to take advantage of the system, as someone who has never gone for the umrah was appointed the chief executive officer of the company,” he said.