More issues raised over security and licensing of marathons 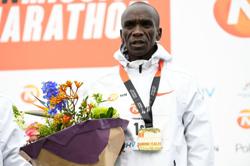 PETALING JAYA: Questions over safety measures and licensing for marathons are being raised in the aftermath of the Klang City International Marathon 2017, which turned disastrous when three runners were hit by a car.

“It is important to analyse the risks involved in the planned routes and get as much insight as possible into traffic patterns along these roads.

“For example, high-traffic lanes should be avoided. Even for low-traffic lanes which may not be closed off entirely during the event, proper signages and notices must be put up way in advance to warn regular road users of such an event taking place,” said Malaysian Institute of Road Safety Research (Miros) board member Prof Dr Wong Shaw Voon when contacted.

He observed that in the tragedy-struck marathon, it was reported there had even been a construction site along the route, which he said was an unnecessary risk.

The former Miros director-general added some basic road safety rules should have been taken into consideration, such as ensuring that – as much as possible – runners faced any incoming traffic.

“By doing so, runners are able to keep an eye on possible traffic and even if there is an unexpected vehicle on the road, they will at least have some time to react.

“Perhaps the organisers may have placed a few barriers, but these are last resort safety measures and even then, there should be people stationed at certain spots along the route to help manage traffic,” he said, adding that runners should also wear bright and reflective clothing when taking part in night marathons.

During the marathon early Sunday morning, three runners were hit at around 4.30am around Jalan Kapar Batu 2, just as they passed the 14km mark for the marathon.

Two of them sustained light injuries, but veteran marathoner Evelyn Ang was seriously injured and had to undergo an operation to remove a blood clot in her head.

Serdang MP Dr Ong Kian Ming said despite the Sports Commissioner’s office claiming the organisers had not sought approval from them for the event, many previous races also did not do so.

An avid runner, Dr Ong questioned the commissioner’s statement the marathon was illegal without the approval.

“If the marathon is an illegal race because it was not approved by the sports commissioner, then almost all other races in Malaysia would be considered illegal, including ultramarathons, trail runs, charity runs, fun runs, tower runs as well as cycling events.

“I hardly know of any race organisers asking for permission from the office of the sports commissioner,” he said in a series of tweets on social media yesterday.

He said many were under the impression that race organisers need to only obtain permission from local councils and if applicable, owners of the venues.

“The police and local authorities also do not require organisers to show proof of approval from the office of the sports commissioner,” said Dr Ong, who is also friends with the injured Ang.

Meanwhile, the Sports Commissioner’s Office has requested the public to help them identify errant organisers who are merely out to make a quick buck while disregarding other aspects including the health and safety.Its commissioner, Datuk Zaiton Othman said the incident involving three runners in the Klang City International Marathon has shone a light on the importance of licensing events of this nature.She said that if an event is not listed on the website of the Youth and Sports Ministry, the public can report it to their office - and they can take action, including blacklisting the organiser.

“Like any Government agency, it takes all parties and everyone to ensure the safety and security of such events. I’d welcome all of you to join us on these efforts to make participating in sporting activities safer for everyone,” she said. 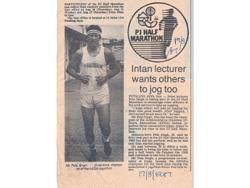