“It is good to be home. I am relieved and happy,” she said at KLIA after a four-hour flight from the Trichy Airport in Tamil Nadu.

“We are here to ensure that Dewa Suriya and her son are taken care of upon arrival,” said Wan Zarina.

They will counsel the 37-year-old and work out a plan for her.

“We will also help with the son’s welfare and education,” said Wan Zarina.

Dewa Suriya will take a short break before building a life for herself and her four-year-old son Darshan.

“My main responsibility now is to ensure that I am able to give my son a sound education and a comfortable life,” she said. 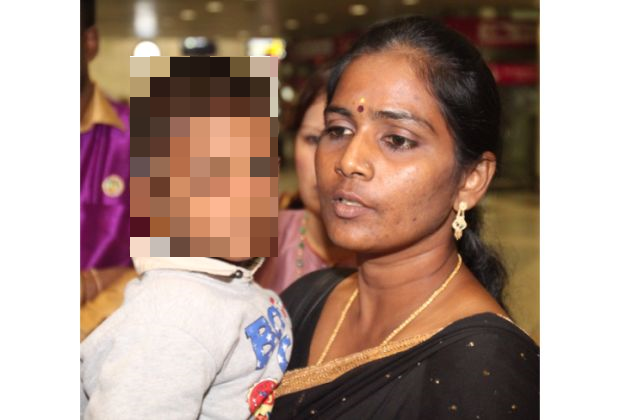 She had left for India with S. Murugadass, whom she had been living with for the past eight years.

Murugadass, who was deported for living in the country illegally, did not want to leave his son and Dewa Suriya behind, as he was barred from entering Malaysia for five years.

“I wanted to carry out my responsibility as a father,” said Murugadass, speaking from the family home in Kamuthi, in the Ramanathapuram district, in Tamil Nadu.

However, things did not go according to plan because his mother and Dewa Suriya could not get along and the two even beat each other up, he claimed.

He said he was worried whether Dewa Suriya would be able to provide his son a good home.

“I hope the Malaysian authorities will help to provide a proper place to stay, meals and education for my son.”

Dewa Suriya said earlier that she did not know where to go upon arrival.

Dewa Suriya’s plight came to light after a video clip of her crying and begging for help went viral on social media.

In it, she said she was trapped in Kamuthi and claimed that she was physically abused by her mother-in-law.