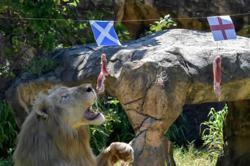 BENTONG: The road leading into Bentong town was packed with cars, vans and even travel coaches from early morning as visitors began streaming in for the two-day Malaysia International Durian Cultural Tourism Festival 2017.

The event is going to be held annually given the overwhelming response.

Lee Koon Woh, who was helping to man the stall operated by the Pahang Durian Entrepreneurs Association, said they had been serving durians non-stop since the festival started in the morning.

“We brought in about five tonnes, and looking at the number of empty baskets, I think we’ve sold at least half,” said Lee, at 5pm.

Lee, who also grows durians, said they were selling durians at a cheaper price at the festival.

“A lot of us also grow and sell other varieties like D24, but our entire stock today is Musang King, since the festival is centred around that,” said Lee.

Chinese national Yu Xia, along with her husband Stanlley Ho and their daughter Jamie, were polishing off two durians and planning to come back the next day for more. 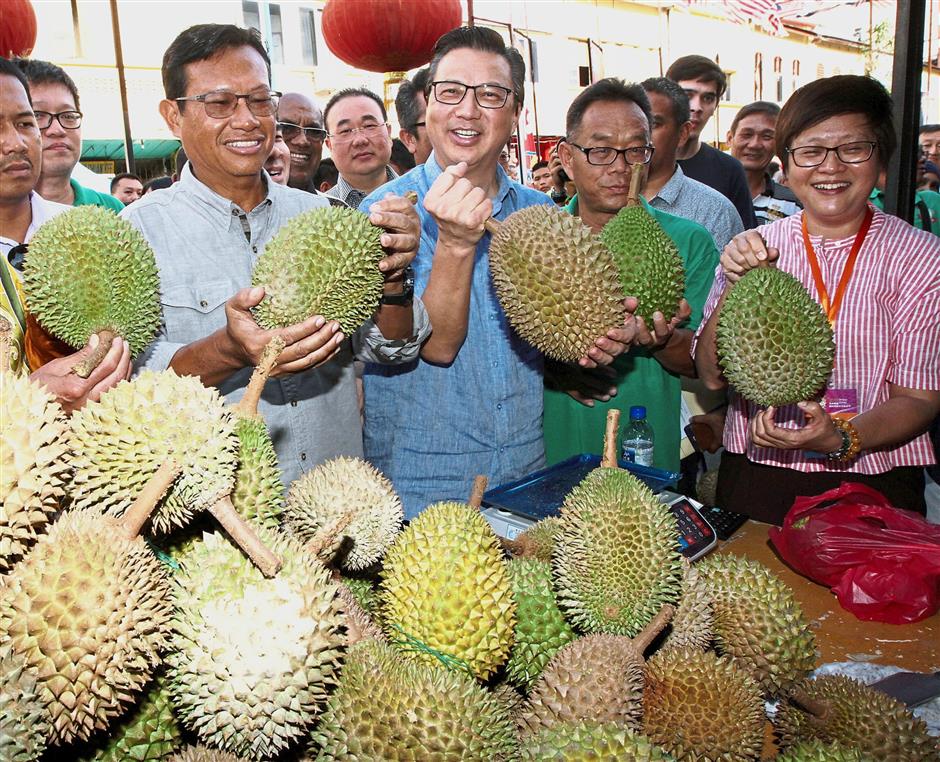 
“You can also get durians in Shah Alam, but up here, it feels more authentic and the supply is so much more,” said Yu Xia, while Stanlley said the durians were worth the trip.

Chalie Looi, together with 40 of his friends and relatives, from Kuala Lumpur had chartered a coach to come up here for the festival.

“We’ve just finished about 50kg worth of durian in 20 minutes, but I think some of us are still no satisfied, so we are going to sample more durians,” said Looi.

In addition to the stalls and durian-derived products, festival-goers were also treated to an open-air concert featuring artistes from China.

At the concert last night, Liow said Bentong and Raub residents must be ready to ride the wave of change in the next five years.

He said eco-tourism and the export of local produce like durians and ginger were encouraging.

This, he added, would go into high gear from now on because of the good connectivity between Bentong and Raub with Kuala Lumpur and east coast states.

“The Central Spine Road (CSR) which is already in progress and the upcoming East Coast Rail Link (ECRL) have made the economic transformation in Bentong and Raub possible,” Liow added. With durians being a huge success in China now, Liow said the King of Fruits is poised to go worldwide.

He said 160,000 Chinese who queued up for three hours for durians at a durian festival in Nanning, China recently as shared by Ahmad Shabery earlier speak volumes of the durian business potential.