Zooming in on the right drone: A potential buyer looking at the many different models of drones available in the market.

PETALING JAYA: In Malaysia, drones are classified under four segments based on quality, size, price and flying distance.

According to Malaysia Unmanned Drones Activist Society secretary William Alvisse, the categories are “toy”, “hobbyist”, “prosumer” (one who produces as well as consumes media) and “professional”.

Toy grade drones cost between RM100 and RM400, and can be bought at certain toy and hobby stores or online.

The hobbyist drones are usually popular among do-it-yourself enthusiasts.

They buy different parts to customise drones according to their own preferences or specifications.

This kind of drone is commonly used in races, and prices start at around RM500.

Prosumer drones cost between RM5,000 and RM8,000. These are commonly used by professional as well as amateur photographers and videographers.

The professional variety are used mainly in commercial photography, aerial survey and land inspection, agriculture, and the oil and gas industry.

Also known as unmanned aerial vehicles (UAVs), they are big and weigh more than 20kg.

A professional category drone can cost anywhere from RM20,000 to RM50,000, depending on its usage.

Operators of such drones are also required to have a private pilot’s licence to navigate the aircraft. They also need to submit their flight plans to DCA and alert the nearest control tower before each flight.

Alvisse said hobbyist drones are capable of reaching an altitude of 500m and flying a distance of 5km. Their flight time ranges from 10 to 30 minutes.

Professional drones have a longer flying time – two to three hours – and can travel as far as 180km. 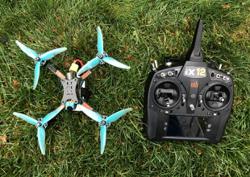