PETALING JAYA: Rapid Rail has urged concession cardholders not to abuse their privileges by letting others use their cards.
Rapid Rail CEO Datuk Zohari Sulaiman (pic) said the concession cards are only for students, senior citizens and the disabled.
"We trust cardholders to use the privileges given to them with honesty and integrity.
The cards are non-transferable," Zohari said during a press conference at the Ara Damansara light rail transit (LRT) station here on Saturday.
The MyRapid Concession Cards enable holders to pay fares at half the regular price.
Zohari said that the company had mobilised a task force to carry out inspections at its train stations to prevent abuse of the cards.
The operator of Rapid KL's LRT, monorail and Mass Rapid Transit (MRT) services, recently carried out a two-day operation at the Masjid Jamek LRT station to nab errant commuters.
They seized more than 80 concession cards in just two days.
"The offending cardholders had given their cards to relatives or friends who are neither students, disabled, or senior citizens.
"The cards have been seized and will be blacklisted. If they want to claim a refund for the balance in the cards, the cardholders can deal directly with Touch 'n Go (the company)," explained Zohari.
He said Rapid Rail has so far registered 130,000 concession cards, 70% of which belong to students.
He spoke to reporters after officiating Malaysia’s first ever "Ayam Goreng" Festival, which brings together eight of the best fried chicken sellers together in one location.
Zohari said the collaboration with FriedChillies.com, Malaysia's longest running food website, is part of Rapid Rail's initiative to promote its train stations and increase ridership.
Article type: metered
User Type: anonymous web
User Status:
Campaign ID: 46
Cxense type: free
User access status: 3 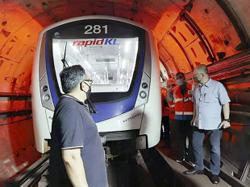 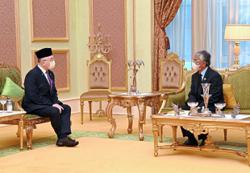