By CHRISTINA CHIN and REBECCA RAJAENDRAM

PETALING JAYA: Despite its controversial start, the Dual Language Programme (DLP) has proven to have improved students’ command of English.

Statistics from the Education Ministry showed that between 18% and 95% of students in over 1,200 primary and secondary DLP schools have improved their grades in the subject.

Three-quarters of these DLP students were at, or above, the target level of the Common European Framework of Reference for Languages – a guide developed by the Council of Europe to gauge foreign language proficiency, the ministry stated in its annual report of 2016.

Interviews with teachers and parents from the pioneer batch of DLP schools also attested to the higher confidence and proficiency levels of the students. 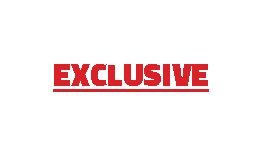 The DLP, which was announced during Budget 2016, allows selected schools to teach Science and Mathematics in English.

There are now almost 40,000 of them under the programme nationwide. Prior to its January launch last year, groups championing for the national language, Mandarin and Tamil have voiced their objection as they were worried that their language would be sidelined. But for now, headmasters and teachers have observed a higher level of English proficiency.

“Their vocabulary, grammar and speech have gotten better. I see it in their grades,” said SMJK Kwang Hua principal Law Choon Lee.

“We have many foreign visitors coming and our students are sent out on exchange programmes and international competitions overseas often.

“They are more self-assured communicating with outsiders,” she said.

“Even those with a weak command of English are trying harder to be proficient. They aren’t shy anymore,” she said.

Another teacher, A. Maliswairy, said without the DLP, students would only learn English in language class.

“Now, students get equal exposure to English and Bahasa Malaysia,” she said.

Parent Action Group for Education Malaysia chairman Datin Noor Azimah Abdul Rahim urged the Government not to do another policy “flip-flop” that could affect the students’ future.

The DLP, she said, had shown good results and was reaching its goal to have more English-proficient students.

“More time practising English hasn’t resulted in the deterioration of the other languages taught at schools,” she said.

Both bodies are now involved in facilitating the implementation of the programme in schools.

Initially, 300 schools were identified for the pilot project when it started last year.

That number has since grown fourfold. As of June, 629 secondary and 585 primary schools – or about 10% of schools nationwide – offer DLP classes.

The schools must score high marks in Bahasa Malaysia to qualify for DLP.

Parents must also sign a letter of consent before such classes could begin.

Students scoring in other subjects, too

Success with the DLP