Over 400 students expelled from school nationwide this year

"This number is small compared to the 5.1 million primary and secondary students (in the country)," Education Minister Datuk Seri Mahdzir Khalid told Datuk Juslie Ajirol (BN-Libaran) in the Dewan Rakyat.

He said that expulsion was the last resort as students with disciplinary problems are given counselling first.

On a proposal to send students with serious disciplinary problems for rehabilitation in the lock-up or prison, Mahdzir said it was still under consideration.

"We are fine-tuning the proposal with the Prisons Department and getting feedback from teachers and parents," he said.

At present, he said rehabilitation programmes only cover students who have been convicted of criminal offences.

"The programme is being carried out in eight prisons and four Henry Gurney reform schools.

"There are 640 students undergoing rehabilitation programmes," he said.

He said that a recent study had identified "hotspots" in rural and urban areas where students are prone to disciplinary problems.

He noted that the location and family background played a crucial role in determining the disciplinary aspect of a student. 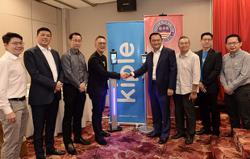