NGOs urge M’sians to go the extra mile by volunteering 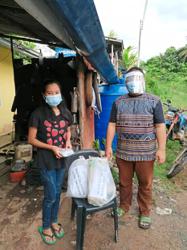 PETALING JAYA: Malaysians have big hearts, but non-governmental organisations feel that more could be done to turn such compassion into action.

Kechara Soup Kitchen project director Justin Cheah said Malay­sians are kind people, eagerly donating cash and items to disaster victims, causes that they know from the media or cases that have gone viral.

However, donating time and effort is a different story.

“Malaysians do like to help but only if it is convenient for them. Sometimes, this convenience means just clicking a button to donate cash through online banking.

“This is not wrong as it is a good gesture. But when it comes to volunteering, Malaysians tend to only do it if they have extra time or if they like the activities involved. For some, if the activity isn’t exciting, they don’t want to do it,” Cheah said.

And most of the time, doing charity work is last on the list of priorities for Malaysians who juggle earning a living and spending time with their families.

While charity starts at home, Cheah suggested that families can “kill two birds with one stone” by spending quality time together doing community work.

Mercy Malaysia president Datuk Dr Ahmad Faizal Perdaus said the low level of volunteerism among Malaysians could be due to the lack of focus on community service among the young in schools.

“Some say that people today, especially youths, are materialistic. But it falls back on the adults who are in charge of the system,” he said, adding that parents also tend to only focus on getting their children to excel academically.

Dr Ahmad Faizal said while academic excellence was important, it should be balanced out with nurturing children with the right va­lues to encourage them to give back to society.

As for grown-ups, he said more companies, including SMEs, should have more corporate social responsibility programmes.

“The Government can encourage this by providing tax incentives and exemptions,” he said.

While Malaysians have good intentions when they donate their belongings, he said they need to be aware whether the items are appropriate for the recipients.

“For example, it isn’t suitable to give winter clothes to the poor. People should also ensure that what they donate is in good condition,” he added.

“However, they may not know much about volunteerism.

“Some are interested but do not know the proper channels where they can participate. When Malay­sians get to understand more and experience volunteering, they will be more willing and happy to contribute,” he said.

While the foundation has over 15,000 volunteers, Chong said it welcomed more to join its various charitable projects.

“It’s always good to donate money and material items, but it’s even better if you can be a volunteer,” he added. 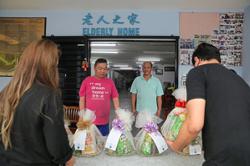