Insolvency Dept to clear 10,000 bankrupts per year for next five years 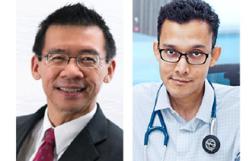 BANGI: The Insolvency Department is working towards releasing at least 50,000 bankrupt individuals after amendments were passed by Parliament recently.

Minister at the Prime Minister's Department Datuk Seri Azalina Othman Said said the move to release at least 10,000 bankrupts yearly over the next five years was to ensure that that they return to society and contribute to the country.

She added that statistics which showed the average age of some 20,000 bankrupts were between 25 and 34 were alarming.

Based on department statistics, a total of 20,036 individuals were made bankrupts between 2013 and August 2017 and of this number 1,109 bankrupts were below 25 years old.

She said that core changes to the Act included voluntary arrangements to enable the debtor and creditor to discuss matters before bringing it to court, automatically releasing bankrupts within three years and that social guarantors cannot be declared bankrupt.

She added that creditors would also be barred from taking action against dead bankrupts, handicapped or mentally challenged individuals and bankrupts who suffered chronic diseases.

"The amendments are aimed at the social and economic aspects to benefit Malaysians.

She added that increasing the minimum sum owed to a creditor to make an individual a bankrupt from RM30,000 to RM50,000 was in no way meant to encourage people to accumulate more debts, saying that the minimum figure in Malaysia is relatively low. 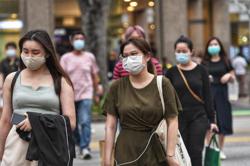