PETALING JAYA: Flying foxes are disappearing from our forests and according to a team of researchers, this could be devastating to the multimillion-ringgit durian industry.

Unfortunately, flying foxes are commonly killed as pests as there is a perception that their large form – they are the biggest of all the bat species – are destructive to the trees which produce the “king of fruits.”

Her study, which included placing camera traps in durian trees on Pulau Tioman, however, found the opposite was true: Not only are they non-destructive, but they play a crucial role in the pollination process.

And the decline in the flying fox population could lead to fewer or poorer-quality durians.

“Previously, people believed flying foxes eat the durian flowers but our study shows the exact opposite. They do not destroy the flowers, they merely drink the nectar by licking it with their tongues.

“The pollen from the flowers sticks to their fur while they feed on the nectar, and the pollen is transferred and cross-pollinated when the flying foxes move to feed on other trees,” Dr Sheema said.

She also noted that cross-pollination, the process of transferring pollen from the anther of a flower one plant to the stigma of the flower of another plant of the same species, is essential to the production of healthy fruit.

Previous studies have also shown that durian trees have evolved to be perfectly suited to bat pollination, making these animals the main and most effective pollinators for durian trees.

The durian industry “owes a huge debt” to these bats, said Dr Sheema.

However, flying foxes have become a rare sight in orchards across Peninsular Malaysia.

Orchard owner Hapsah @ Apisah Abdul Manap said that majestic flocks of flying foxes, numbering in the thousands, used to grace the skies of Pulau Tioman, but these have dwindled to the occasional sighting of flocks of only 20 to 30.

“Two years ago, you could see thousands of flying foxes leave the roost and emerging into the sky during sunset.

“It’s difficult to see flying foxes now; I don’t know where have they gone,” she said, adding that the only bats she sees now are the smaller varieties.

Hapsah, 52, said the durian harvest in her orchard in Kampung Juara has likewise dropped.

In Pahang, Jimmy’s Durian Orchard director Jimmy Loke said there are no flying foxes in his orchard, but he welcome these bats because of their importance in the cross-pollination process.

“Most orchard owners have no issues with bats, unless they have fruit trees like longan because the bats will eat all the fruits,” said Loke.

Some, however, were not aware of the essential role bats play in pollination.

“Since then, the number of bats in our farm has been reduced, but we do not think the decline of bats is related to the poor durian harvest,” said the 31-year-old.

Four orchard owners The Star spoke to lamented the fact that their durian harvest this year was 30% to 80% less than last year’s harvest, but they attributed it to the prolonged rainy season.

Already on a decline due to climate change, these durian orchards could suffer even more if the population of flying foxes continues to deteriorate, Dr Sheema’s study suggests.

Flying foxes are severely threatened worldwide due to over-hunting and deforestation.

In Malaysia, they are killed as agricultural pests and hunted not only as exotic meat, but also consumed as medicine due to an unproven belief that they can cure respiratory problems like asthma.

“If flying foxes are hunted to extinction, it’s not hard to see that there could be a serious blow to the beloved king of fruits,” said Dr Sheema, who is also president of wildlife conservation organisation Rimba.

“In areas of Thailand where bats don’t exist, durian farmers are manually pollinating durian trees by hand,” she said. “It is an expensive and dangerous job”.

She added that in areas where there are no flying foxes, the cave nectar bat (Eonycteris spelaea) is the main pollinator for durian trees, but even these smaller bats are threatened by the quarrying of limestone karsts for cement and marble.

Dr Sheema, who led the study as part of her PhD research under France’s Muséum National d’Histoire Naturelle, said the findings are important as they shed light on the importance of flying foxes as seed dispersers and pollinators in Malaysia’s rainforests.

According to University of Nottingham Malaysia associate professor Dr Ahimsa Campos-Arceiz, the disappearance of flying foxes could have disastrous repercussions on tropical ecosystems.

“The durian is a fascinating plant that, with its flowers pollinated by bats and its seeds dispersed by large animals like elephants, beautifully exemplifies the importance of plant-animal interactions,” said the professor, who also co-authored the study.

“We hope this study brings attention to the urgency of conserving flying foxes in South-East Asia,” he added.

For consumers, a further drop in the durian harvest could see prices go up as demand from locals and tourists alike has reportedly outstripped supply.

Adding to the increasing demand is China’s growing appetite for the pungent fruit.

Flying foxes to be upgraded to 'totally protected species' 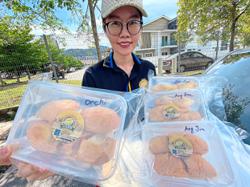 Premium durians fall into the ‘net 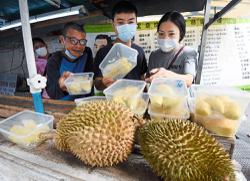 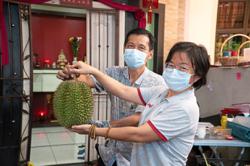