STREETWALKERS are becoming a menace along the sidewalks of Wisma Indah in Kuala Lumpur’s Jalan Tun Razak, Kosmo! reported.

The women, believed to be from China, openly come on to passers-by.

They are usually dressed sexily and sometimes follow customers into restaurants or shops in the building to offer their services.

This has caused uneasiness among business owners and patrons of Wisma Indah.

In an observation by the newspaper, the women often approach any men who pass by.

Some men clad in T-shirts were also seen hanging around the area, and are believed to be pimps monitoring the women from a distance.

During the one-hour stakeout by Kosmo!, three men were seen taking up the women’s offer and following them to an upper floor of the building.

A man who wished to be known only as Ahmad said he was often approached by the women who offered various “packages”, including having a meal at one of the restaurants there.

“They even have the guts to enter the restaurants to look for customers.

“I feel really sad seeing them because most of them are around my daughter’s age,” he said.

> A senior citizen known as bomoh bogel (the naked bomoh), who allegedly molested his patients, was finally brought to book when the father of one of his victims dragged him to the police station, Harian Metro reported.

The man allegedly asked females who sought his treatment in Bintulu, Sarawak, to strip naked as part of his “healing ritual”.

The 60-year-old did so on the pretext of bathing them, but instead would insert his fingers into their private parts.

A 17-year-old girl complained to her father about the “treatment” after the bomoh allegedly victimised her as well as her 16-year-old sister and an 11-year-old girl.

Sarawak CID chief Senior Asst Comm Datuk Dev Kumar said the father confronted the bomoh and reportedly punched him before dragging the man to the Bintulu police station to lodge a report.

The above article is compiled from the vernacular newspapers (Bahasa Malaysia, Chinese and Tamil dailies). As such, stories are grouped according to the respective language/medium. Where a paragraph begins with a >, it denotes a separate news item.
Article type: metered
User Type: anonymous web
User Status:
Campaign ID: 18
Cxense type: free
User access status: 3 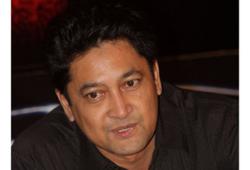