Dr Mohammed Azman says that at Socso, the management believes in practicing open communication with its staff.

PETALING JAYA: In Malaysia, social security protection for workers has been provided mainly by Social Security Organisation (Socso) since 1971, while the Employees Provident Fund (EPF) has catered mostly for retirement since 1951.

The Social Security Scheme was first introduced in the country in 1958, soon after Malaysia gained independence. The results of the study conducted by the Inter­national Labour Organisation (ILO) in 1962 formed the basis of the Employees’ Social Security Act 1969 that saw the establishment of Socso with the tasks to administer two social security schemes, namely the Employment Injury Scheme and the Invalidity Scheme.

Is social security a new development? Social security started as early as in the Roman Empire where the Emperor Trajan (98-117 AD) distributed gifts of money and free grains to the poor in the city of Rome, and returned the gifts of gold sent to him upon his accession by cities in Italy and the provinces of the empire.

The Song Dynasty circa 1000 AD supported many forms of social assistance programmes such as the establishment of retirement homes, public clinics, and the pauper’s graveyards.

In the early Islamic laws of the Caliphate, social security took the forms of Zakat as one of the Five Pillars of Islam. And this took place during the era of the Rashidun Caliph Umar in the 7th century.

Taxes such as Zakat and Jizya were used to provide income for the needy including the poor, elderly, orphans, widowed persons, and the disabled.

According to the Islamic jurist Al-Ghazali, the government was also expected to store food supplies in every region in case of a disaster or famine.

Over the years, social security has evolved and one of the popular ones would be the Bismarckian System which was developed by Otto Eduard Leopold, Prince of Bismarck, Duke of Lauenburg (April 1, 1815 to July 30, 1898) who is also known as Otto von Bismarck.

He was a conservative Prussian statesman who dominated the German and European affairs from the 1860s until 1890. He was also responsible for introducing employment insurance and an old-age pension fund.

The Bismarckian System also became the basis of most modern-day work accident insurance like what Socso is doing.

This century has been a glorious year for social security as a lot of initiatives have been taken especially in establishing minimum standards of social security such as Convention 102 of the Internatio­nal Labour Organisation (ILO) which specifies the nine minimum standards which includes medical care, sickness benefit, unemployment benefit, old-age benefit, employment injury benefit, family benefit, maternity benefit, invalidity benefit and survivors’ benefit.

The ILO’s Convention 102 covers a spectrum of social security protection for those who are unfortunate. From the perspective of Malaysia, one may say that our social security standards may be limited.

Meanwhile, the unemployment benefit, which is currently taken care of by ETLB (Employment Termination Layoff Benefit) with limited coverage, will be fully covered by Socso once the law on Employment Insurance System is passed by Parliament.

Among the challenges, which were highlighted at the World Social Security Forum in Panama last year, are a series of global trends including demographic ageing, the coverage gap, enduring youth unemployment and the transformation brought by the digital economy which require fundamental and long-term strategic responses by social security policy-makers and administrators.

These challenges are outlined in the International Social Security Association’s new report, titled 10 Global Challenges for Social Security, that consists of research findings, analysis and consultations with more than 280 government departments and social security institutions around the world.

In Malaysia, Socso is addressing these challenges. It is bridging the coverage gap in social security to ensure that more sections of workers benefit from social protection.

This includes the coverage for self-employed taxi drivers under the Self-Employment Social Security Act 2017.

There is also another law in the pipeline – Employment Insurance System Bill – to provide protection for loss of employment.

The objectives of social security can be summarised into three categories – Prevention, Rehabilitation and Compensation.

So far, five main strategic thrusts have been identified to assist Socso in implementing its functions and roles more effectively.

They are empowering human capital excellence and development; transforming services through rebranding; strengthening sustainability of funds and governance; improving clients’ social wellbeing and preserving a culture of creativity, innovation and quality. Dr Mohammed Azman said in fulfilling its responsibilities, Socso is guided by three core principles – Solidarity Fund, Replacement of Income and Equality.

“Solidarity Fund” is the cardinal value of social protection. In essence, it comprises a series of mechanisms for the redistribution of income for those who are disabled and families with dependants. Contributions by members to Socso is channelled to this fund.

In the case of death of an insured person, replacement of income is provided to dependants through monthly pensions.

The fundamental basis of “Equality” is within the Act and Regulation. By virtue of the concept of social justice, the coverage of the scope must encompass all employers and employees registered with Socso.

Prevention of work-related accidents and fostering a culture of healthy lifestyle are aimed at meeting the objective of social security in fully utilising workers until their retirement.

“This concept also provides space and opportunity for a motivated worker to return to work. Rehabilitation is also given to those who suffer temporary or permanent disabilities,” said Dr Mohammed Azman.

The contribution to Socso schemes is compulsory, where employees and employers have to pay a certain amount of the monthly wage into the fund. Under the law, it is the employer’s responsibility to ensure that their workers are registered with Socso. The underlying concept is to ensure a minimum standard of material welfare for all, so that the main contingencies of life are covered. In other sense, social security is primarily an instrument of “social and economic justice”.

The first principle underlying the programme is that the worker earns his living from his job and pays towards the cost of his social security protection from his income.

Secondly, due to his contributions, an insured worker can expect the benefits to be paid to him and his dependents without undue restrictions.

Thirdly, a society cannot be secure if large numbers of its members are not protected against the loss of earnings as a result of retirement, disability or death. So, if the programmes were not compulsory, most will not take part, especially low income workers who are struggling to make ends meet.

Understanding this, social security systems should involve a concerted effort to solve socio-economic issues which could be a national problem if not addressed. While it also depends on the context, these problems include continuing economic instability; jobless growth; high levels of unemployment; low rates of wage growth; widening inequalities; fiscal restraint; and poverty amongst ageing societies.

In a nutshell, social safety net provides a sense of security to people whose lives and the lives of their loved ones are taken care of should there be a tragedy and the social system has to “kick-in” in times of contingencies.

“Through social security, we ensure that family institutions are not affected where spouses and children would be able to move on from tragic incidents.

“While for workers with injury or disabilities, when they are ready, they would be integrated back into society through physical and vocational rehabilitations,” said Dr Mohammed Azman. 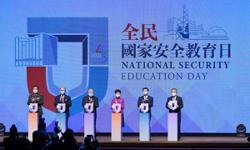