‘It is time to separate Penang CM from state agencies’

GEORGE TOWN: The Penang Chief Minister may not lead state government agencies such as the Penang Development Corporation (PDC) and PBA Holdings Bhd (PBAHB) if Barisan Nasional wins the state in the next general election.

“Penang Chief Minister Lim Guan Eng has become very powerful because he is the chairman of such agencies and this has created fear among the people.

“There is no check and balance as decisions involving these agencies are made by the state exco, which is also headed by Lim,” he said when opening the Bukit Gelugor Umno division meeting yesterday.

Abdul Rahman also urged Penang Umno to change its approach when working with Barisan component parties as the current formula of cooperation was not working anymore, as proven by the results in the last two general elections.

“Penang is unique and we can’t be championing ketuanan Melayu (Malay supremacy) here. Umno leaders here should be doing more for non-Malays by winning their hearts with a sincere approach by holding programmes in their areas.

“Do not brand a leader as traitor to the Malay cause if he helps non-Malays as we need to be practical, as we can’t wrest the state without their support,” he said.

Such an approach, Abdul Rahman added, was not a sign of weakness but rather a smart one as the political dynamics of Penang was different from other states.

He also said a meeting on Barisan’s manifesto for Penang 2.0 in September would outline the radical plans for the state and how Penang would be developed into a full-fledged economic powerhouse.

“People are fed up with the confrontational attitude of the Chief Minister towards the Federal Government as this has caused the state to lose its status as a leading financial, investment and industrial centre.

“I head the Economic Planning Unit and when people see the manifesto they will say yes, this is the type of government I want.

“The people of Penang are forward thinkers and are passionate about the environment, social issues, sustainability and consumerism, and the manifesto would address all these issues,” he added. 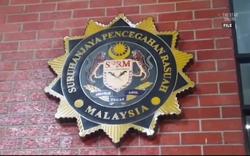 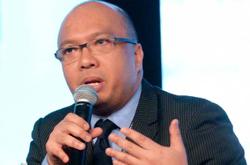