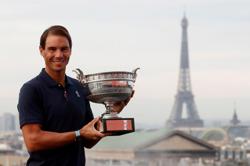 PETALING JAYA: Three Malaysian students on holiday in Japan have come under heavy criticism from netizens after a video of them displaying bad behaviour at a guesthouse in Osaka went viral online.

A six-minute video clip of the incident that was uploaded by Ema Vitti, the Italian owner of Vitti Lodge & Family Apartment in Osaka, showed the students arguing and behaving rudely to a staff member at the guesthouse.

The cause of the argument is unclear, though it was believed to have stemmed from the Malaysian staff member telling the students about guesthouse rules not permitting them to cook past a certain hour.

One of the students then gets angry and confronts the staff member, while another student appears towards the end of the video and punches the kitchen wall in anger, causing a visible crack.

Not only did the three students damage furniture at the lodge, they also allegedly behaved disgustingly by defecating in the shower.

“Malaysian guests visiting Osaka! Brake the kitchen wall and shit in the shower room,” Vitti said in a separate posting accompanying snapshots of Facebook pages belonging to the three students.

Several unsanitary pictures of the faeces caught in the shower room drain were also posted as evidence of the act.

Vitti’s page was subsequently flooded with comments from angry Malaysians, who expressed disgust at the behaviour of the students while some also apologised to the Italian "on behalf of all Malaysians."

In a separate posting that is being shared widely, reportedly from the guesthouse’ lawyers, the owner is now seeking damages from the students or their benefactors.

The claims include damage to the wall, bathroom, furniture, and also for lying about their flight tickets.

It was reported that Vitti had originally taken pity on the students and housed them at his apartment after they claimed to have missed their flight back to Malaysia and had no cash to purchase new tickets or find a place to stay.

Claims have also been made against the trio for roughing up the Malaysian staff member.

Several updates have since been added to the post, including that the three students had reportedly left Osaka and their flight was scheduled to land at the Kuala Lumpur International Airport 2 (KLIA2) at midnight Saturday.

A benefactor to one of the students has also contacted Vitti’s lawyers, while a police report on the incident has been made in Japan.