EC: Our review of power costs will prioritise consumers’ well-being

What are the main functions of the Energy Commission (EC)?

In a nutshell, the EC has three main functions. Firstly, we need to ensure that electricity supply is guaranteed, as well as reliable, at all times. This means it is always available.

Secondly, the supply is done in a cost-effective manner while the tariff is reasonable. Thirdly, of course, is the safe supply of electricity.

In addition, we advise the Government on the development of the electricity supply industry and promote the use of smart energy among consumers.

The tariff rate adjustment will be reviewed under the Imbalance Cost Pass-Through (ICPT) mechanism every six months. During this period, what are the factors that will be considered to determine or set the adjustment?

The mechanism that we are discussing today is known as the ICPT mechanism. It is part of the New Electricity Policy Appraisal Framework known as the Incentive-Based Regulation (IBR), which was approved by the Government and implemented in January 2014.

Through the IBR mechanism, we examine the actual cost of generating electricity tariffs every six months.

However, this time around, the Minister (of Energy, Green Technology and Water) announced on June 30 that the Government would spend RM1.3bil to ensure that the current tariff rate remains unchanged.

Hence, what we will be reviewing in the next six months is the actual cost compared with the base tariff cost that was set in January 2014.

From this perspective, there has been an increase in fuel costs that we should pass on to consumers, but the Government has absorbed it.

In addition, under the second component, the Government has agreed to maintain the current rebate rate of 1.52 sen/kWh per unit.

In short, what we can say is that consumers will not experience any increase in electricity bills by using the same amount of kilowatts. We also used the appropriate fund (power purchase agreement (PPA) savings fund) to cover these expenses.

Let me sum up the components. The first component is the surcharge, which is imposed due to higher coal prices and the depreciation of the ringgit.

That means when we set the base tariff in January 2014, we fixed the coal price at US$87 (RM372) per tonne, but now with the depreciation of the ringgit, the cost of coal has increased compared with the currency exchange at RM3.10 previously (first component).

We also carried out a revision of gas prices – a subsidy rationalisation plan. We reviewed the gas price of RM1.50 (per mmBTU) every six months, so that resulted in an increase of the energy supply cost between January and June this year.

Secondly, we maintained the rebate. We retained the 1.52 sen rebate and it costs RM780mil. So, with these two components (surcharge and maintaining the rebate), that has amounted to an entire rebate of 2.54 sen/kWh per unit.

This rebate is fully borne by the fund (PPA savings fund) as a result of the power purchase agreement (PPA) with the first generation independent power producers (IPPs) and PPA savings. Please elaborate.

We have been negotiating with the IPPs. When we negotiate, there are savings we can take back because we know that most of the first-generation IPPs are getting slightly higher profits.

Based on this concept, we have used the money to offset the costs.

What is this special industry tariff?

This special industrial tariff was introduced in 1995 (during the 1995-1997 economic downturn). During the recession, the Government introduced the tariff to assist (energy-intensive) industries using electricity such as the cement and iron industries.

These industries obtained discounts of between 8% and 10%. However, this special industrial tariff is being revised and may end in 2020.

Although adjustments have been made from time to time and rebates and subsidies are provided, consumers are still seeking lower and lower prices. This may be due to rising costs of living. Since electricity is a basic necessity, how can we balance this demand in the current situation?

The Government is concerned about this, which is why we have maintained the existing rebates since March 2015.

Overall, the rebates extended to consumers have amounted to RM5.4bil.

And to balance consumer demand and power generation costs which are beyond our control, the Government has set up the PPA savings fund.

In addition, we encourage consumers to reduce their electricity consumption.

Can you explain how the tariff is fixed in the peninsula?

To understand this concept of electric tariff setting, we need to know how it is done. Electricity tariffs are divided into three components.

Firstly, there are supply costs involving fuel, capital and so on. Secondly, we must know how these costs are incurred. For example, we need infrastructure development, delivery, distribution and so forth.

Thirdly, we must also ensure that the imposition of this electricity tariff meets the performance standards needed. This means the users are satisfied: “Okay, we are paying a lot, this is the service that we get.”

These are the costs that we will determine efficiently and transparently, and this will be done through the IBR mechanism introduced by the Government. The IBR mechanism will be reviewed every three years.

The objective is to ensure that the electricity tariff is fixed at a reasonable rate.

At the same time, we get reasonable returns for utility companies such as Tenaga Nasional Bhd or Sabah Electricity Sdn Bhd in Sabah.

While focusing on Peninsular Malaysia, is there a big difference between the peninsula and Sabah and Sarawak?

Actually, they are similar. Only the tariff rates are not the same. Here (in the peninsula) it is 38.53 sen and (in Sabah and Sarawak) it is 34.52 sen. So, theirs is lower than us.

What is the benefit of the tariff adjustment to consumers when it is reviewed every six months through ICPT?

When we set the 2014 tariff base, we based it on cost projections (we assume that fuel prices will go up), but since we started (fixing the tariff), coal prices have decreased except during this period. But over the last three years, fuel prices have declined.

Another fuel that we are studying is liquefied natural gas, as the price has also decreased.

So, these real costs (falling fuel costs) can be passed on to consumers. From here, they know that they are paying the cost of electricity tariffs based on actual costs formulated transparently and systematically.

Currently, many buildings are using the Green Building Index. So, they are designed more wisely. How can this help reduce dependency on energy?

The EC’s building itself adopts the Green Building Index and we use more direct light from outside. The concept is such that it does not consume much light except at night.

The building itself has elements that encourages less heat inside, which means less usage of air-conditioners. In fact, many buildings in Kuala Lumpur are already adopting the Green Building Index.

What is the best channel for consumers to file their complaints to the EC?

Consumers can direct their complaints to the EC’s mobile app or website at www.st.gov.my.

What is the EC’s advice on the use of smart electrical appliances?

The EC has star-rated energy-efficient appliances such as refrigerators, fans and lights which can be purchased from electrical shops.

These products, which are labelled as energy-efficient products, are a bit expensive but cost-saving in the long run. — Bernama 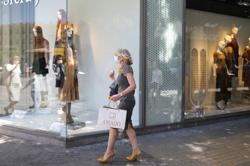