Greenpeace's Arctic Sunrise vessel displays a banner reading "People vs. Arctic Oil" as it sails during a protest next to Statoil's Songa Enabler rig in the Barents sea, Norway, July 21, 2017. Greenpeace/ Reuters

KUALA LUMPUR: Greenpeace launched its first office in Malaysia here on Friday, establishing a physical presence in the country.

The Malaysian office is the non-governmental environmental organisation's fourth office in South-East Asia after Philippines, Thailand, and Indonesia.

The office in Jalan Tun Sambathan, Brickfields will serve as a base for 10 Greenpeace Malaysia employees.

During the launch, Greenpeace Southeast Asia executive director Naderev Saño welcomed guests, NGO partners, volunteers and allies to the new space and thanked them for their support.

He said the Malaysian office is an important milestone in championing serious environmental issues in the region namely climate change, deforestation, energy issues and systemic problems like consumerism and corruption.

"Southeast Asia is a key battleground for us to win our environmental goals, it is a place where many battles cannot afford to lose," said Saño.

"Malaysia is an important community for us to work with in realising the dream of a healthy and prosperous Southeast Asia.

"We want to see change and a transformed world where nature serves to the benefit of people... We are here to help the community change the destructive mindset and bigotry to achieve this goal," he said.

According to Greenpeace Malaysia chief operating officer John Loh, the process of setting up the office took three years.

Greenpeace, described as the most visible environmental organisation in the world has also courted controversy for its methods. 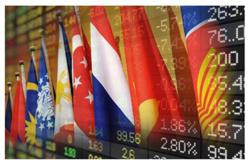