PETALING JAYA: City traffic police are urging the public to be wary of a phone scam that has been making its rounds lately.

Traffic police chief Asst Comm Mohd Nadzri Hussain (pic) said fake calls purportedly made by the (Kuala Lumpur) Traffic Enforcement and Investigation Department would ask recipients to report themselves to the police station over claims of being implicated in a road accident.

Following that, the suspects would instruct the victim to bank in the money to settle the case.

"The department will never phone any individual or request that they present themselves for road accident cases unless the complaint was made personally by the parties involved," said ACP Mohd Nadzri in a statement on Thursday.

He said that the investigative officer will only contact involved individuals should there be no reports from the second party within 24 hours.

"The department has never charged any fee to 'solve accidents'.

He urged those contacted by the scammers to first verify with traffic police.

He also urged victims to head to their nearest police station to report the matter, should they receive such calls. 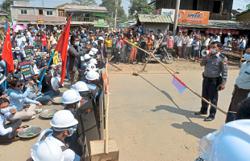 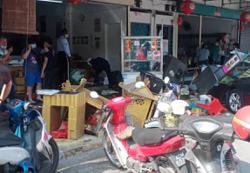