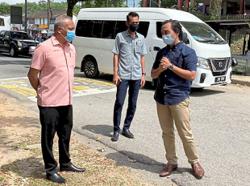 Defaced: A tourist from Kuala Lumpur taking a snapshot of a mural which has been vandalised at Lebuh Ah Quee in George Town. — ZHAFARAN NASIB/The Star

“The council has already spent about 25% of its RM100,000 annual maintenance allocation to restore vandalised street art pieces this year.

“We will usually remove the unwanted marks before contacting the artist to come back and help restore the damaged part,” she said yesterday.

Noorhanis added that the council was planning to place additional CCTVs along the roads with these street art pieces.

The iconic Children on a Bicycle mural in Armenian Street has been splattered with wax, splashed with dhal curry and spray-painted yellow over the years. Cunning entrepreneurs have also pasted stickers of their products on the mural.

The mural in Ah Quee Street, depicting a boy with his pet dinosaur, was also not spared after black scribbles appeared all over the boy’s face.

Seberang Prai Municipal Council (MPSP) secretary Rosnani Mahmod said the council has not received any vandalism reports on the murals or landmarks so far.

“We have had to clean up graffiti on walls, remove illegal loan shark posters and replace stolen streetlight cables and plants.

“The city’s iconic fountain is always filled with rubbish while the ‘Selamat Datang Ke Alor Setar’ sign always has graffiti on it,” he said.

Badrul Hisham said the state was also planning to have CCTVs in strategic spots and also getting enforcement officers to increase patrols.

“We need the public’s help as these vandals only carry out their acts in the wee hours and under the cover of darkness,” he said. 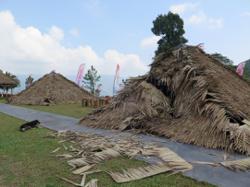 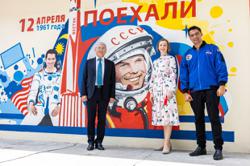