Najib: "The government has, in principle agreed to establish an integrity and governance unit at all GLCs, and state and ministry-owned business entities."

SERDANG: The Government will study in depth the request from the Indian Muslim community to be recognised as Bumiputra, Prime Minister Datuk Seri Najib Tun Razak (pic) said.

He said, however, the matter of how it would be implemented required further research in terms of administration or gazettement.

Najib, who is also Finance Minister, accepted Dhajudeen's suggestion to set up an Indian Muslim community centre for members to reach out and discuss matters with the Prime Minister.

At the event, Dhajudeen made three demands, namely to gazette the community as Bumiputera, set up a Muslim Indian landmark in Kuala Lumpur or Putrajaya, and appoint a special officer in the Prime Minister's Department to manage the affairs of about one million Indian Muslims in the country.

Najib also announced that about 10,000 Malaysian Muslim Restaurant Owners Association (Presma) members had agreed to give up to 20% discount at all their business premises with immediate effect in response to the government's call to help reduce the cost of living.

He said members of the disabled community would receive a 20% discount card, while for students it would be 10%, and 5% for Friends of the Domestic Trade, Co-operatives and Consumerism Ministry.

The event, attended by more than 15,000 Indian Muslim NGO leaders and their families,  caught the attention of the Prime Minister, and he expressed his awe appreciation over the community's support for his leadership and the Barisan Nasional government.

"I can conclude, that the Indian Muslim community in our country are strong supporters of, and loyal to BN,” he said.

Najib also acknowledged the great contribution of the Indian Muslim community to the country, especially in terms of serving restaurant food, where he understood there were about 10,000 Malabari Indian Muslim and Pakistani restaurants nationwide.

He said that although the new generation of Indian Muslims chose professions such as accounting, law, and engineering over more "traditional" fields such as money changers and newspaper sellers, the community's support and commitment to the Government remained unchanged.

"I want to bring Malaysia in line with the top 20 countries in the world in the future, so we must be ready to go past the 14th General Election. Today, we will celebrate Aidilfitri. Not too long from now, we will celebrate another 'hari raya' which requires the support of  Indian Muslims to make a new vision for Malaysia.

"We can do it, and we can bring change and transformation to the country. If you want the government to transform the country, a government which is inclusive, assisting all large and small communities, including Indian Muslims, will continue to be built by the BN government," he said.

The Prime Minister also acknowledged his fondness for Indian Muslim food, including biryani, capati, tosai, and nasi vanggey in Ipoh, so much so, every time he visited the city, he would call up the restaurant manager to send him the dish in Ipoh or to Kuala Lumpur.

"My personal relationship with Indian Muslims is very good, and hopefully, all here will give support to the Government led by myself. There is someone on the other side, a certain person who is also Indian Muslim, but I believe the Indian Muslim community is more supportive of me and hope this relationship will continue forever," he said. - Bernama 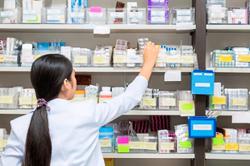