PETALING JAYA: The amount of cases lodged in “money games” fraud cases only represent the "tip of the iceberg" as it usually involved hundreds of people down-line, said Datuk Seri Michael Chong.

The MCA Public Services and Complaints Department Chief said that 10 cases of “money games” fraud involving losses of RM4.3 mil have been lodged with them so far this year.

"Our job here today is to alert the public to be careful of money game companies. If any of these companies approach you, be careful," Chong warned.

He said that MCA together with the Direct Selling Association of Malaysia and the Malaysia Crime Prevention Foundation (MCPF) have met with Bank Negara to discuss steps to curb money games and pyramid schemes.

"Bank Negara has assured us that they will do their best to regulate and protect the interest of the public," he said, adding that government intervention is needed to solve the issue.

"Some of the companies listed here are registered overseas - Bermuda, Macau, Hong Kong. We cannot sue them if something happens," he said adding that the issue tarnished the name of the country as foreigners were also victims of such schemes.

Bank Negara Malaysia (BNM) has previously released a list of 334 unauthorised money game companies and websites known to be operating without approval under the laws administered by them.

Many of the companies have been on BNM's financial consumer alert list since 2012 have been involved in gold trading, cryptocurrency and dealing with travel products among other things.

Chong lamented that despite multiple warnings, the public are still falling for these schemes that have lead to serious social problems when the companies collapse.

Direct Selling Association of Malaysia Datuk Tan Chong Guan says money games schemes continue to thrive as people are attracted by the promise of quick returns and large interest rates without having to put in any effort.

He advised consumers to enquire if the company has a direct sales license issued by the Ministry of Domestic Trade, Co-operatives and Consumerism (KPDNKK) and added that legitimate direct sales companies do not charge a large membership fee and would offer tangible products for members to sell.

"The Direct Sales Act also states that members will have a 10-day cooling off period where they can ask for a refund if they do not like the product," he said adding that investor profit must be obtained by selling a product.

According to Chong and Tan, some money games victims withdrew their complaints in fear that the companies will not reimburse their money if they pursue a case against them.

Chong says BNM, the Commercial Crime Investigation Department, and KPDNKK under the Attorney-Generals Chamber are working out a solution to solve the proliferation of money games fraud. 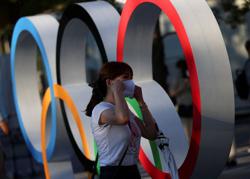