Illegal workers urged to surrender or face fine and jail

KUALA LUMPUR: Foreign workers who failed to apply for the E-Card (enforcement card) have been urged to surrender or risk being fined and jailed.

Immigration director-general Datuk Seri Mustafar Ali (pic) said those who surrendered would only be charged a penalty of RM400 instead of paying up to RM5,000 if they were caught by the authorities.

Should the case be brought to court, the minimum fine of RM10,000 could be imposed, he said.

"They (illegal foreign workers) can surrender and be deported immediately but before that, they will be investigated.

"Under our 3-Plus-1 programme, they will need to pay a fine of RM400, then buy an air ticket and return to their countries of origin.

"They will also be given a blacklist period which can be up to five years from entering Malaysia," Mustafar told reporters after his opening address at a briefing on the APEC Business Travel Card, here, Thursday.

The E-Card functions as a temporary confirmation of employment for illegal workers, which replaces valid travel documents from their respective countries.

This allows employers ample time to complete the process of registering their illegal workers.

Mustafar said there was no possibility of an extension for the E-Card registration.

He also said that the detention depots were expected to be packed with arrested illegals following the special operations being conducted almost every day after the deadline.

However, he added, the clearing process was being done by speeding up the investigation and prosecution while deportation could also help solve the problem of illegals.

Mustafa noted that to date, the Immigration had arrested over 2,000 foreign workers and 44 employers nationwide since the E-Card deadline expired. - Bernama 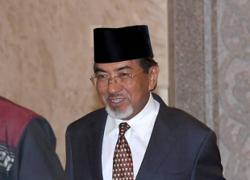 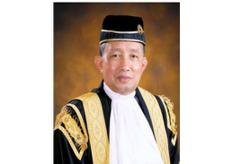 AGC: Prosecution against Musa not tenable after ex-AG's affidavit