Pua had filed an appeal against the High Court's July 2016 dismissal of his judicial review application challenging the director-general's decision.

He named the director-general and the Government as respondents.

In a unanimous decision Wednesday, Court of Appeal judge Justice Mohd Zawawi Salleh said there was no reason for the panel to interfere with the High Court's decision.

Justice Mohd Zawawi, who sat with Justices Idrus Harun and Kamardin Hashim, dismissed the application with no cost.

In his judicial review application, Pua claimed that he was prevented from leaving the country at KL International Airport 2 on July 2, 2015.

Pua, who is DAP national publicity secretary, said he was supposed to leave for Yogyakarta, Indonesia, using his passport, which was valid until April 23, 2020.

He claimed that the decision was ineffective under the law as it was in contradiction to his legitimate rights to travel abroad using his valid passport.

It was previously reported that the ban had been lifted in October 2016. 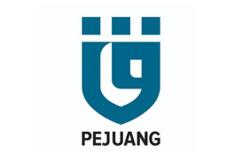