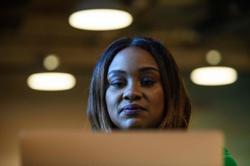 PETALING JAYA: The former head of a government agency has alleged she was sexually assaulted by a prominent Silicon Valley venture capitalist about three years ago, and that it was not the first time.

In a blog post on July 3, Cheryl Yeoh (pic), the founding chief executive officer (CEO) of the Malaysian Global Innovation and Creativity Centre (MaGIC), alleged that 500 Startups co-founder and CEO Dave McClure had forced himself on her after a night of drinks at her apartment.

This came after a brainstorming session about 500 Startups' new growth and distribution accelerator, Distro Dojo.

MaGIC, which comes under the Finance Ministry, was officially launched in April 2014 to boost the Malaysian technology startup ecosystem. Yeoh was the CEO from then until January 2016.

Yeoh said that on June 6, 2014, McClure flew into Malaysia to meet some investors and other tech players in the industry.

After that meeting, a few of them adjourned to her apartment to discuss what would become known as Distro Dojo, Yeoh said.

"What started out to be an innocent night of just jamming and hanging out at my new apartment turned into a nightmare episode that has been haunting me for the past three years," she wrote on her blog.

"Dave (McClure) kept pouring scotch into my glass before I finished drinking throughout the night," she added, saying that he remained behind when all the others had left for the night.

"I quickly asked if Dave wanted to order an Uber and leave like the rest of them but he said no. Perplexed, I offered him to crash on the couch or the guest room and proceeded to show him the guest room.

"Then I went into my own bedroom but Dave followed me there, and that's when he first propositioned to sleep with me.

"I said no. I reminded Dave that he knew my then-boyfriend and that we'd just talked about him earlier that night.

"I led him to the door and told him he needed to leave. On the way out, he pushed himself onto me to the point where I was backed into a corner, made contact to kiss me, and said something along the lines of 'Just one night, please just this one time.'

"Disgusted and outraged, I said no firmly again, pushed him away and made sure he was out my door," she said.

Yeoh said she did not bring up the issue then because the Distro Dojo deal was at stake, and also because she was not sure if her story would be taken seriously.

She also alleged he had made sexual advances towards her when she was an entrepreneur based in the United States.

She has now done so because McClure, who has resigned from 500 Startups in the wake of similar allegations by other women, was getting supportive messages from some members of the technology community after he posted a blog titled "I'm a Creep. I'm Sorry".

These supportive comments include one that said, "Dave, you're not a creep, you're a solid dude. I sorta wish you didn't apologise for wanting a sex life like other human beings."

Others said this behaviour was normal for a man, and that he had nothing to apologise for.

While acknowledging that McClure has apologised for his behaviour, the apology "definitely didn't address the severity of his sexual advances towards me and potentially others," said Yeoh.

She said his sexual advances were not just "inappropriate" but that it was assault.

The Star Online has not been able to reach Yeoh to verify her story.

Another partner at 500 Startups, Elizabeth Yin, also resigned, saying the firm had covered up a separate harassment episode by McClure.

The resignations come in the wake of other reports of sexual harassment from Silicon Valley-based venture capitalists and investors.

In June, Binary Capital partner Justin Caldbeck apologised and quit after several women based in Silicon Valley came forward to accuse him of sexual harassment.

In a report following that episode, the New York Times said it spoke to more than two dozen female entrepreneurs who described unwanted advances, touching and sexist comments by investors. 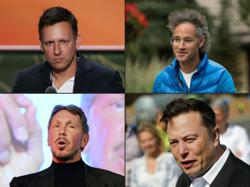