KULIM: The key person in MBI Group International, who was remanded here since Monday, has been released on police bail.

A police source said he was released a day before his remand order was to expire today and was picked up by a Tan Sri at the police station here.

He was remanded for investigation under the Anti-Money Laun­dering, Anti-Terrorism Financing and Proceeds of Unlawful Activities Act 2001.

A source from the ministry confirmed that the suspect has been released on police bail.

On Tuesday, Domestic Trade, Co-operatives and Consumerism Mi­­nistry enforcement chief Datuk Mohd Roslan Mahayudin announ­ced the remand and that the suspect was the founder of MBI Group Interna­tional but declined to reveal his name.

They raided several premises in Kulim and Penang after a month’s monitoring and seized three luxury vehicles, and over RM2mil that included foreign currencies.

Mohd Roslan said the operation was staged because the premises were believed to be involved in a pyramid scheme. 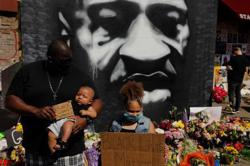