Sabah to bring back ‘no plastic’ bag campaign KOTA KINABALU: The “no plastic” bag campaign is set to be re-launched in August.

This follows the scrapping of the prog­ramme in May 2015, when the use of funds collected from the sale of plastic bags to shoppers was questioned.

Under the previous campaign launched in June 2010, a total of 384 outlets were involved with the collected funds managed by the Environmental Action Centre under the Sabah Tourism Ministry.

Masidi pledged that the collection would be used solely for environment-related activities.

His speech at an event here yesterday was read out by his permanent secretary Datuk Ginus Yangus.

“We hope business outlets will support this rebranded campaign,” he said, adding that the 3B campaign aimed to reduce, reuse and recycle plastic bags for the sake of the environment.

Masidi also urged the public to give full support to the campaign, which was vital to help protect the environment.

At the event, a memorandum of understanding on Clean City, Healthy Community was signed between Gleneagles Hospital and City Hall.

Masidi said these efforts were aimed at making Kota Kinabalu a greener and more liveable city. 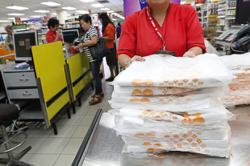 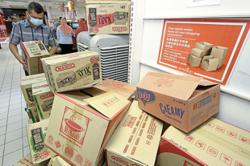