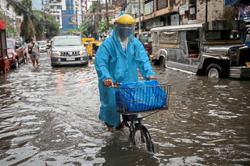 KUALA LUMPUR: The groundbreaking ceremony of the Bukit Bintang City Centre (BBCC) and a retail mall marks the start of the ambitious transformation of an iconic landmark in the city.

The Prime Minister said the BBCC was a successful example of public-private collaboration which the Government was keen to promote.

“BBCC is also an example of the key projects which support the Government’s focus under the Economic Transformation Programme for Greater KL and Klang Valley,” Najib said in his speech.

Najib said the site was historical as it was where the old colonial-era Pudu Prison used to be, adding that it would be transformed into a world-class integrated development by 2020.

“With the scarcity of land in a developed capital city like Kuala Lumpur, it is essential that re-development of the city centre’s brownfield sites is done carefully and very well.

“I am pleased that the BBCC consortium has a spectacular masterplan to regenerate this historical location,” he added.

The BBCC sprawls over 7.85ha and will have a total gross built-up area of 6.7 million sq ft with a gross domestic value of RM8.7bil. The project is spearheaded by UDA, Eco World and the Employees Provident Fund (EPF) board.

Phase one, scheduled to be completed by December 2020, will comprise a retail mall, entertainment hub, a four-star hotel, strata office and two blocks of serviced apartments.

The LaLaport KL retail project is a joint venture between Mitsui Fudosan Asia and BBCC Development Sdn Bhd and will have a built-up area of 1.4 million sq ft.

Poised to be the new centre of attraction for Malaysians and tourists, it will be the first LaLaport branded shopping mall in South-East Asia as well as Mitsui’s flagship project in the region.

The BBCC, said Najib, would also have its own purpose-built Transit Hub to connect to the nearby LRT, MRT and monorail stations.

“From early on, the Government has taken very seriously the challenges of our public transport system.

“Besides expediting the completion of the LRT extension, the Government has rapidly undertaken the construction of the MRT system.

“By the time BBCC opens its doors, an integrated network of KTM, LRT and MRT lines, as well as the city centre’s monorail, will be efficiently transporting commuters around the city, Greater KL, Klang Valley and beyond,” said Najib.

Calling it an iconic development, Najib is certain the project will draw people.

“With our investor friends from Japan working in partnership with the Malaysian joint developers, I am confident that BBCC will succeed in further uplifting the image of Kuala Lumpur as an international modern metropolis,” he said.

Najib said the BBCC project, with its fully integrated retail, leisure and entertainment attractions, the unique Malaysia Grand Bazaar initiated by UDA and Zepp KL Concert Hall by Sony Music Japan, will contribute significantly towards efforts to make the country a tourism hub.