Study shows financial abuse can be fatal for the elderly 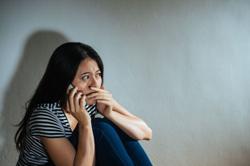 PETALING JAYA: Financial abuse can lead to earlier death among the elderly, according to a study.

Preliminary findings from a Universiti Malaya study on mortality among elderly victims of abuse, mainly financial, revealed that they had a shorter life span.

The death rate in this group was 9.6%, compared to 6.8% among the group comprising those not abused.

“From these preliminary findings, we see that the mortality rate is higher among elders who were abused.

“Recorded deaths were highest among financial and psychological abuse victims (23.8%). We need to investigate further to be able to conclusively prove the link, but our results coincide with long-term studies worldwide,” said Dr Raudah Yunus, one of the researchers involved in the Prevent Elder Abuse and Neglect (Peace) study conducted in Kuala Pilah, Negri Sembilan.

Today is World Elder Abuse Awareness Day 2017. According to the United Nations Division for Social Policy and Development Ageing, almost all countries are expected to see substantial growth in the number of older persons between 2015 and 2030, with the rise being faster in developing regions.

A 1998 joint study by Cornell University and Yale University in the United States found that abused elders were three times likelier to die than those who were not abused, with similar results reported in Australia by researchers from the University of Newcastle and La Trobe University in 2013.

Dr Raudah said elders who were cheated, especially by people they trusted, suffered emotional and psychological trauma which could be fatal, even if they were physically able.

“It’s about more than losing their money. Being cheated by someone they trust affects the elderly psychologically, and this affects their mortality.

“Financial abuse also limits their access to healthcare. When you don’t have money, how are you going to go to the hospital or buy medicine?’’ she said.

The UM researchers believed that the actual figure of those whose life span was affected by abuse was higher, as their study excluded seniors in long-term care institutions and those unable to communicate due to severe cognitive impairment or deafness or other debilitating conditions.

“Those with cognitive impairments such as severe dementia and Alzheimer’s are the most vulnerable to financial abuse,” said Dr Noran Mohd Hairi, principal researcher of Peace.

As Malaysia has a rapidly ageing population, Dr Noran said abuse of elders was an issue that the Government needed to address urgently.

Food rescue project serves up a lifeline for the needy

Swindled by their own families and dumped at welfare homes 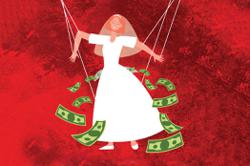