The hospital clarified on its official Facebook page on May 25 that that the message is a fake. The hospital also informed members of the public to refer to its official social media channels for authentic promotions.

"Hi everyone, please be informed that there is an unofficial promotion going viral on social media platforms and via SMS. We would like to inform you that there is no such promotion from KPJ Damansara Specialist Hospital. All promotions from KPJ Damansara Specialist Hospital will be posted on our official Facebook page, Instagram and Twitter," read an official statement from the hospital.

The fake posting claimed that free mamograms and ultrasounds were being offered to Malaysian women between 40 to 69 years of age at the hospital from May until December with no appointment necessary.

It wrongfully claimed that this was a joint initiative between the National Population and Family Development Board and the hospital.

According to the hospital, since the message started circulating, it has received about 30 to 40 calls a day inquiring about the fake offer. Some three to five patients daily would also visit the hospital asking for the service, only to find out that they had been duped.

In response, the hospital put up notices around its premises. It also sent out SMS messages explaining the hoax to its present database of patients and in email blasts to corporate clients and insurance companies.

The hospital's operations and clinical manager Dr Ellyana Ismail advised pranksters against repeating such actions as it burdens not only hospital staff but members of the public as well.

"This type of behaviour doesn't only bring grief to hospital staff, but also to the patients. The patients probably took some time off work with the intention of getting themselves checked, only to be disappointed and frustrated when they reached the hospital to find out that the message is a hoax. It is not a nice thing to do," she said. 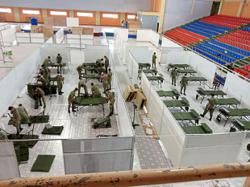 Hospital staff rise to the challenge 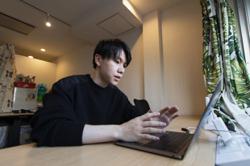