PETALING JAYA: Dr Abdul Wahab Mohd had just completed his duty at a hospital emergency department in Kelantan and rode his motorcycle home when he hit a cow and suffered brain injury.

He was a houseman in Kota Baru Hospital in 2010 and was off duty at 10pm when he rode his motorcycle back to Pasir Mas, Kelantan, some 30km away from the hospital.

“The road was dark and I did not see that there were a few cows sitting on the road,” he said.

Dr Abdul Wahab, 35, said he suffered intracranial bleeding and was sent to Hospital USM in Kubang Kerian for a surgery and was on MC for two months.

Recently, concerns were raised about doctors being in road accidents after Dr Nurul Huda Ahmad, a paediatrician in training was involved in a motor vehicle accident on May 9, in Kuala Terengganu, after nearly 33 hours on duty.

In 2015, anaesthesiologist Dr Afifah Mohd Ghazi, 27, died in a road accident in Sungai Buloh, while returning home from the Sungai Buloh Hospital.

In Australia and Britain, for instance, doctors on call would start work at 5pm and complete their duty at 8am the next day and they get the day off after that, she said.

Islamic Medical Association of Malaysia executive member Dr Munawwar Salim said Europe has a limit on the hours doctors should work but in Malaysia, the average hours were 8am to 5pm but sometimes, doctors had to be on call and the hours could stretch from 8am to 5pm the following day.

“There is a circular that states that they are allowed to get a day off after an on-call shift but it is up to the discretion of the head of department,” he said.

In a joint healthcare workers’ statement on Saturday night, Dr Munawwar said that during a meeting on May 25, 14 medical NGOs and government agencies concluded that work-commuting accidents or post-call related ones should be acknowledged and a collective effort needed to prevent more losses of doctors and other health workers’ lives.

He also said a campaign would also be carried out to raise awareness about driving safety among medical personnel and promoting alternative transportation methods to be used during post-call or after shifts.

Transport & Safety , Health , Road crash among doctors need to be investigated and addressed 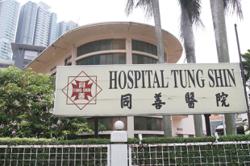