‘Not a single sen back in three years’

KUALA LUMPUR: All he wanted was to make some extra money before he retired.

So he invested RM33,000 of his retirement savings into an online shopping scheme in 2014. That was the last time he saw the money.

“It’s been three years and I have yet to get a single sen back,” said the school bus driver, who wanted to be known as Yap, 56, during a press conference at Cheras MCA division office yesterday.

Yap and five others invested nearly RM80,000 in a money game scheme called Boss Venture, which promised a 1.5% daily dividend or a compounded interest rate of 56% a month.

On April 30, he smelt a rat. A recruiter sent him a text message, telling him not to worry despite news that several money game schemes had collapsed over the past few months.

“He assured me that my investment was safe, urging me to be patient.

“Then it struck me that I had fallen victim to a money game. I do not want others to fall into the same trap,” said Yap, adding that this prompted him to make a report on Tuesday.

But he got back his capital in one year, and that led him to invest another RM33,000 of his savings for his children’s education.

“I thought I could make more money. Greed is what got me into trouble,” Ng said.

Heng urged other victims to come forward and expose such scams.

“If there is no police report, many of these money game schemes will continue to operate.

“We want these schemes to be listed on Bank Negara’s Financial Consumer Alert to warn the public,” she said.

According to the Boss Venture Facebook page, the scheme started in 2011.

But checks showed both its websites, www.bossventure.com and www.bvmalls.com, are no longer in operation.

Cash Deal Sdn Bhd, the company said to be operating the scheme, is listed under Bank Negara’s alert list. 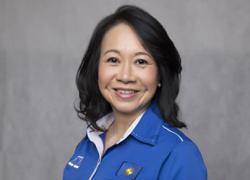