330 exotic tortoises smuggled in via suitcases 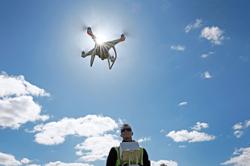 On Sunday, the department’s enforcement team intercepted the smuggling of Ploughshare and Indian Star tortoises, estimated to be valued at RM1.2mil, at KLIA.

Acting on a tip-off, a Customs en­forcement team searched the air cargo warehouse at the Free Com­mercial Zone here and found five boxes, each containing a suitcase.

The illegal cargo came in from Antananarivo Airport, Madagascar, and were supposed to be passed off as “stones”, according to the airway bill. The bill also bore a fake address of a shop allegedly located in Salak Tinggi.

All the tortoises were alive and believed to have been sedated.

Customs deputy director of enforcement Abdull Wahid Sulong said this was the first time the tortoises were smuggled through air cargo in large numbers.

Caught in the act: A Customs officer showing the media the smuggled tortoises that were recovered at KLIA.

“We’ve had five similar cases since 2015 and smugglers either bring them in smaller quantities through hand carry luggages or smuggle them through post,” he told repor­ters yesterday.

Abdull Wahid believed the tortoises were to be sold in the local black market.

“Since we found them alive, they were most probably destined for the exotic pet market,” he said.

The department could not say if a syndicate was behind the smuggling.

“It is difficult to pin-point at the time being and arrests have yet to be made,” Abdull Wahid said.

The case is being investigated un­der Section 135(1) (a) of the Customs Act 1967 for importing prohibited items as it is illegal to import tortoises without a permit.

Ploughshares are native to Madagascar while Indian Stars can be found in India and Sri Lanka.

Both species are listed as endangered. They will be handed over to the Department of Wildlife and Natural Parks of Peninsular Malaysia.

Bakrudin Ali Ahamed Habeeb admitted to two counts of keeping 10 female and 10 male black pond turtles (Geoclemys Hamiltonii) without a special permit at a hotel room in Lorong Ceylon at 5.40pm on May 9.

He also admitted to another charge of keeping the 20 turtles inside three suitcases, thus causing pain and suffering to the turtles.