BENTONG: The Government will go all out to promote a safety culture among heavy vehicle operators, including express buses and lorries, said Transport Minister Datuk Seri Liow Tiong Lai.

“We’ve completed the Express Bus Transformation Lab on April 7 and will present the lab results to the Cabinet in a week or so.

“The Cabinet will be briefed on the mitigation efforts to ensure we’ll be able to reduce the impact of express bus accidents,” Liow said after visiting the Bentong Gallery yesterday.

The bus lab was set up in January to study ways to improve the quality of service, safety and sustainability of the bus industry by gathering opinions from all stakeholders, including the public.

“One of the reasons we found is fatigue of bus drivers who often work long hours for five days without sufficient rest.

“We need to be able to better monitor driver performance, including lorry drivers, to ensure they perform up to the standards required of them,” he said.

He said the Transport Ministry was also in the midst of implementing 51 recommendations by a special panel led by safety advocate Tan Sri Lee Lam Thye after the deadly bus crashes last year.

The recommendations include installing a speedometer on express buses to limit their speed and a speed retarder on lorries to reduce the impact should they get into accidents.

“I’ve set up a special review committee to ensure these recommendations are implemented effectively,” Liow added.

When asked if the Government would consider setting up a similar laboratory for lorries, Liow said the challenges faced by the lorry fraternity was different.

“Not at the moment. I think we’ve enough measures and laws to regulate lorry drivers,” he said.

He attributed the main cause of accidents involving lorries to illegal retread tyres and their debris on highways.

“We’ll monitor the production of retread tyres to ensure they adhere to Sirim standards. Stern action will be taken against factories which do not adhere to the standards,” he said.

On top of that, he said the Government would actively conduct health checks on lorry drivers to ensure they were healthy and not on drugs.

“Enforcement alone is not enough. We need public awareness and participation. Every individual needs to be alert and take precautionary measures to prevent accidents,” he said.

Liow, the MP for Bentong, also attended the groundbreaking ceremony of a new hall for the Leong Guang Cemetery here.

He also visited and gave donations to victims of a Wednesday fire that affected four homes in Taman Desa Damai. 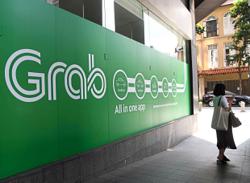