Gua Kapar skeleton could be female from 5,000 years ago 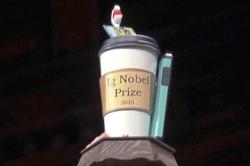 KEPALA BATAS: A human skeleton that was discovered in Guar Kepah could be of a female, possibly from the Neolithic era.

Archaeologist Prof Datuk Dr Mokhtar Saidin from Universiti Sains Malaysia's centre for global archaeological research said that based on its teeth, the skeleton was likely of a female but confirmation was needed.

"Once we take the remains back to the lab in USM, we can confirm the gender, age and cause of death, among others," he said at the construction site where the Guar Kepah Archaeological Gallery will be built.

Prof Mokhtar said the main diet of that era would have been seafood but they did hunt.

"We found skeletal remains of deer and pigs.

"The Neolithic community would have been part of a fishing community," he said.

It was reported that contractors conducting earthworks at the Guar Kepah Archaeological Gallery on April 17 discovered the skeleton and work was stopped.

Relics such as pottery and shells, believed to be from the Neolithic period from about 5,000 years ago, were also found at the site.

The top of a skull, ribs and a femur were also found with other items, suggesting that they were used as part of a burial ceremony.

A team of USM researchers led by Prof Mokhtar will be conducting excavation of and research on the artefacts and skeletons over the next two weeks.