KUALA LUMPUR: The young should not actively seek titles but should first show that they deserve it by contributing to the state or nation, says Khairy Jamaluddin.

The Youth and Sports Minister was asked to comment on the lavish lifestyle of the 21-year-old Datuk Muhammad Saiful Muhamad Ali, which has caught the attention of netizens.

"My personal view is that you have to do something before you are recognised.

"However, it is up to the discretion and ultimate decision of the institutions that bestow titles, whether it is the state governments, royalty or the Federal Government," he told reporters at a press conference at after a dialogue with youth entrepreneurs at the TN50 Bumiputra Bertaraf Dunia programme here Tuesday.

He advised the young to show restraint in their desire for titles.

"Even me at 40, I do not feel that I have achieved anything, what more somebody younger," he said.

He noted that even 29-year-old Azizulhasni Awang did not seek his help to get a title after winning a gold medal at the recent Track Cycling World Championships in Hong Kong.

Khairy said it was different for Datuk Lee Chong Wei and Datuk Nicol David, who were bestowed titles after achieving excellence in their respective sports.

Muhammad Saiful's postings on his Facebook and Instagram accounts seemingly depict a life of luxury, especially a video he posted on his 21st birthday.

In the video, Muhammad Saiful and an older man, presumably his father, are seen descending from a private jet, getting into a Rolls Royce, flanked by an escort, and being driven to his birthday party held in a hall, featuring musical and dance performances.

Based on a picture he posted on his Instagram account, Muhammad Saiful received the Darjah Indera Mahkota Pahang award, which carries the Datuk title, in 2015.

According to his Facebook account, he is the director of a number of businesses including scrap metal, convenience stores, a car wash and a recording studio, among others. 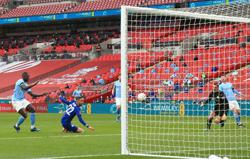 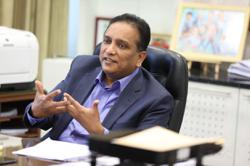