KUALA LUMPUR: The Social Security Organisation (Socso) has come out in defense of the proposed Employment Insurance Scheme (EIS) that has been objected to by various quarters.

Its chief executive officer Datuk Mohammed Azman Aziz Mohammed (pix) said the benefits of such a scheme will see up to 300,000 workers being potential beneficiaries of the system.

"The retrenchment figures in the past 10 to 20 years as reported to the government is about 30,000-40,000. Note that employers with five or less workers are not compelled to report to us.

"Our current unemployment rate is about 3.5% this translates into about 500,000 people,” Azman said at a press briefing on Thursday.

He said the contribution rates for the EIS by both employers and employees have not yet been set and will soon be determined.

Asked if there would be a fixed contribution by the government for such as fund, Azman said that this matter has not been decided yet.

"The government has already given an allocation of RM500mil during the Asian financial crisis.

"During the recent USA subprime crisis, the government allocated another RM650mil.

"The government has promised another RM80mil to start with and they have given us a grant of RM52mil to kick this off.

"At the moment we are using whatever grants we have got to start the implementation of the EIS as we would need some resources to start this off,” he said.

Commenting on concerns by employers who have voiced their concerns of rising costs of doing business through the respective associations and bodies, Azman said he was aware of their concerns.

"No doubt that costs (of doing business) will always be there. Majority of employers have less than five workers, so you take five workers, say contribution for each worker is RM5 and one year’s total contribution is about RM300 and this is not much. We are engaging with the employers and we know their concerns,” he said.

"Some have also raised concerns on whether they can get back the money they have contributed but the concept of this is the pulling of resources together and sharing of risks.

"It’s like car insurance, if we don’t get into accidents we will not get back our money. Similar also to health insurance and personal accident insurance,” Azman added.

He said that the monies received will not be outsourced to a third party insurance provider to be invested or managed but will be managed internally by Socso.

Commenting on this issue Universiti Malaya’s director for social security research centre Prof Datuk Norma Mansor said that retrenchments cannot be anticipated and that the present workforce should be forward looking on this matter.

"During the 1997 Asian financial crisis, nobody ever thought that the crisis then would ever happen.

"We can be myopic from the way we think, we want the numbers now but this is not about now but rather the future.

"Some may say that now may not be the best of times, but when then would it be a good time? We need to think how are we to support our people in times of need,” she said.

"Companies will need to upgrade and innovate themselves through the adoption of technology when the country moves up in our level of development.

"When this happens, people will be retrenched. So retrenchment does not just happen in times of economic distress but during times when industries are upgraded,” Norma added.

The cabinet had last month approved for the EIS to be implemented by January 2018. 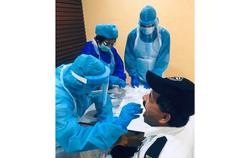 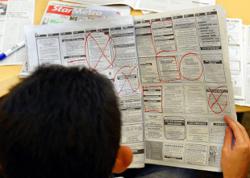 Job losses surged in March, but all is not lost