Packed with visitors: A bumper-to-bumper jam on one of the roads at Kwong Tong Cemetery in Kuala Lumpur as families throng the cemetery for Qing Ming. Some came as early as 6am to avoid the crowd. — ART CHEN/The Star

“A lot of people don’t take back their offerings, so we collect the apples and oranges and give them away.

“The amount of leftovers is so huge that sometimes the homes have to reject the fruits we send over,” he said.

Wey added that the association also educated the public to recycle and cut down the amount of trash.

It successfully reduced waste generated during Qing Ming by 10% last year compared to 2015 and hoped to cut it down by 30% this year.

Wey said at least 150 tonnes of rubbish were left behind each Qing Ming, requiring at least 30 trucks to ferry them away.

“It takes at least three days for our contractors to clean up the cemetery after every weekend,” he said.

Yesterday, the roads leading up to the cemetery off Jalan Dewan Bahasa was clogged up as early as 8am with families coming in droves to honour their ancestors.

While Qing Ming falls on April 4 officially, Wey said people started coming to pay respects to their ancestors two weekends ago, and he expected the visits to continue until next weekend.

Su Ching Pung, 43, who came with his family to visit the tombs of his paternal grandparents, said they did not spend much on hell notes.

“It’s the thought that counts,” he said, adding that they offered chicken, pork, fish, rice and fruits this time.

Ng Kok Peng, 38, from Setapak, braved the traffic to pay respects to his late parents and two younger cousins.

He said his family members, 15 in total, brought along paper offerings worth between RM300 and RM400 to be offered to the deceased.

Over at the Sinhalese Buddhist cemetery off Jalan Loke Yew, Indian Buddhists also turned up to honour their loved ones.

Unlike the Chinese, their offerings were simpler, mostly just incense sticks and flowers. 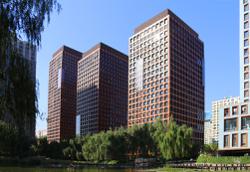