The soiree at Connexion, Nexus, Bangsar South, was the culmination of a series of celebrations that have been on-going since January with the #GSC30 campaign, which inclu­ded the launch of GSC WeChat account and prize giveaways worth RM30,000.

GSC general manager Irving Chee said cupcakes will be given out today at all its 33 cinemas nationwide, followed by monthly give­aways, GSC30 virtual and on-ground Treasure Hunt and GSC30 Fun Run, among other things.

He said GSC may be one of the oldest cinema operators in Malaysia but it has kept up with the times.

“Our cinema halls are constantly being upgraded, renovated and installed with the latest technology.

“In its 30 years, Malaysian audiences have come to expect the best experiences when watching movies at GSC,” Chee said.

Besides Hollywood blockbusters, GSC has also introduced films from Japan, Iran, Italy and France in its International Screens and through various film festivals that are co-organised with different embassies.

“I would consider the decision to open GSC MidValley – the 18-screen and largest cinema in Malaysia then – to be the most defining moment for GSC,” Chee said.

“We’re glad that it succeeded be­­yond our expectations and today, we’ve expanded to 21 screens, and it is the best performing cinema for GSC.”

The company hit a milestone recently with films such as Korean horror flick Train To Busan and Jackie Chan’s Kung Fu Yoga.

As to what the future holds for GSC, Chee said: “We are expanding to Cambodia with the first GSC branded cinema.

“This is significant as it will be the first time GSC will venture outside of Malaysia; transitioning the company from a Malay­sian player into a regional one.

“We are also expanding our market in Vietnam with six new cinemas this year through our joint-venture with Galaxy Studios.

“In Malaysia, there is a lot of excitement with at least three new cinemas in the pipeline – GSC MyTown KL, GSC Mela­wati Mall and the highly anticipated GSC Paradigm JB, which brings GSC back to the heart of Johor.” 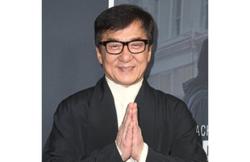