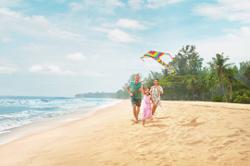 SINGAPORE: The efforts by a self-styled Bomoh King of the World to find the missing Malaysia Airlines MH370 plane and to save Malaysia from a North Korean invasion with coconuts and bamboo cannons have catapulted him into the limelight and raised mocking laughter.

But Ibrahim Mat Zin, in all seriousness, claims that he has in fact been protecting Malaysia from harm for seven decades - from even before the country's independence.

"I don't want money. I pray to ring-fence Malaysia," he told The Sunday Times in an interview, claiming to have turned 86 on Thursday.

"We don't have modern weapons like (North) Korea. If we go to war with weapons, we will lose. But we use ancient methods to fence the air, the earth and the water, so that missiles will go missing and not reach Malaysia."

Videos of his rituals began going viral since MH370 went missing in March 2014, providing a lighthearted moment for many people amid the deep anguish over the missing plane.

The best-known techniques of the Raja Bomoh Sedunia Nujum (Clairvoyant Shaman King of the World) include looking through bamboo telescopes and waving coconuts around.

He has been mocked by urbane Malaysians and criticised by Muslim scholars, who declared his methods to be haram - outlawed by Islam.

But Ibrahim insists his methods are in line with Islamic teachings. He cited the work of other Malay faith healers and medicine men over the decades, and claimed that government officials, including Malaysia's first two prime ministers, had in fact requested his help.

He refused to disclose which officials requested his help in the MH370 mystery or in the ongoing row with North Korea over the murder of its citizen, Kim Jong-nam.

Asked about MH370, Ibrahim said: "The plane is in a parallel realm. It will be missing for 25 years before it returns, but the people may still be alive because the air is different, a month is like a day to them."

He said this was the first time he was revealing this to anyone.

Despite outlandish claims such as these, Malay shamans like Raja Bomoh - who says he is a fifth-generation shaman - commands wide following in Malaysia.

Thousands of medicine men are still sought out by the majority Malay community, despite warnings from Islamic authorities that many of them deal in black magic.

The most well-known bomoh outfit in Malaysia is Darussyifa' (House of Healing), run by followers of the late Datuk Haron Din, spiritual leader of PAS until his death last September.

Despite growing Islamic formalism and puritanism - a push to introduce Islamic criminal law is gaining momentum and being supported by the ruling Umno party - these traditional Malay practices are seeing a revival, according to social anthropologist Eddin Khoo.

He said the Malay psyche has been displaced in modern times and is reaching out for identity.

"Some seek out religion because it gives great strength to those feeling victimised. But others reach back into their roots.

"There is a power struggle between different influences in Malay society and people do go to shamans for advice because Islamic scholars are very aloof from the people," said Khoo, who runs Pusaka, an NGO working to preserve the viability of Malay art forms.

Ibrahim openly accuses Islamic leaders of oppressing and manipulating Muslims. Khoo said so-called "heathen" Malay practices that people like Ibrahim retain are a challenge to Muslim clerics, who have their own black-and- white Islamic narratives.

"Malay traditional culture is inherently liberal. Many of their practitioners loathe political control and want to be left to their own devices.

"But should Islamic authorities try to stymie their activities, there will be resistance," said Khoo. – The Straits Times/Asia News Network 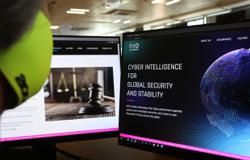 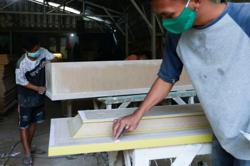